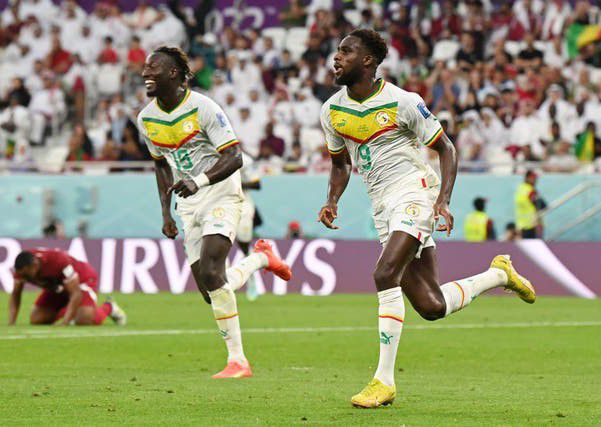 Senegal got their first win of the 2022 World Cup as the Lions of Teranga defeated Qatar 3-1 in Group A at the Al Thumama Stadium to leave the hosts staring at elimination.

match later on Friday – the first time a host nation will have been knocked out after just two games in the tournament’s history.

The Africa Cup of Nations champions were by far the better team in the first period,

and their play was rewarded four minutes before the break, as Boulaye Dia capitalised on

a defensive error from Qatar’s Boualem Khoukhi to slot the ball past Meshaal Barsham to give his nation the lead.

Then, three minutes after the restart, Aliou Cisse’s side doubled their advantage.

Famara Diedhiou reacted quickest at the near post to head in Ismail Jakobs’ corner.

Qatar then got a goal back 12 minutes from time to score their first of the tournament,

as substitute Mohammed Muntari headed in Ismail Mohammad’s cross from the right.

However, Senegal sealed the victory in the 84th minute, as Iliman Ndiaye’s cut-back into the centre of the box was well finished by Bamba Dieng.