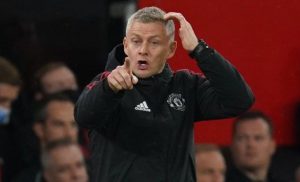 Ole Gunnar Solskjaer has warned his under-performing stars that no one at Manchester United is indispensable – including the manager himself.

The under-pressure Red Devils boss claims that even big-time players like Cristiano Ronaldo and skipper Harry Maguire are not “undroppable”.

As the club looks to bounce back from last week’s 5-0 home thumping against bitter rivals Liverpool.

But after a tough week, during which he admitted he has not received any assurances about his future from the Old Trafford board, Solskjaer conceded that the buck very clearly stops with him.

“In a squad like we have with top quality players everyone expects to play. I expect every one of them to expect to play.”

“But they’re also ready that they know they have good teammates around them. No one is undroppable, of course they’re not.

“It’s up to me to pick the right team for the games and see who is in the right frame of mind for this and then Tuesday in the Champions League.”

Solskjaer has reportedly been given the club’s backing, despite the Liverpool debacle.

However, unless he gets positive results against Spurs, Atalanta and then Manchester City next weekend, he could be gone.

Solskjaer admitted, though, talks this week have stopped short of unequivocal backing.

“I’ve had communication with the board and I don’t expect them to come and give me assurances.”

“When you have a performance and a spell like we’ve had, that’s not what I call about and say.

My job is to put things right and that’s what I’m trying to do.

“I’m not here to ask for assurances.”

However, Solskjaer insists he and his squad could handle the pressure.

“I’ve been through some very bad moments as a player here.

When I’ve been a manager I’ve dealt with setbacks.”

“There have been two or three crises at least since I became manager here. One thing I can say is I’ll always give it a good shot and fight back.”