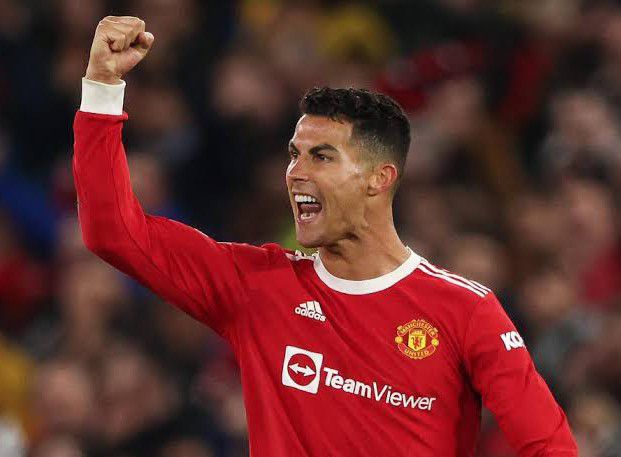 Paul Scholes back his former team mate Cristiano Ronaldo to start alongside Anthony Martial and Marcus Rashford for Manchester United’s weekend clash with Everton on Sunday.

The Portuguese star Ronaldo played a full 90 minutes as United came from behind to defeat Omonia Nicosia with a 3-2 win in the Europa League on Thursday evening.

After going behind in the first half, a double from Rashford and a goal from Martial sealed United’s victory in Cyprus.

Meanwhile Scholes believes Ronaldo, Martial and Rashford should be United’s attacking trio at the weekend after Antony and Jadon Sancho failed to shine in the Europa League.

Asked if he can see Ronaldo being included in the front three against Everton,

‘I think the impression the two subs [Rashford and Martial] have made tonight with Cristiano as well.

‘There aren’t a lot of games Cristiano will be able to play in but I think Everton could be one of them.

‘It’s not a massive pitch, he won’t have to be sprinting out everywhere, working the channels.

I know Antony scored on Sunday [against Man City], but I think Martial and Rashford look more dangerous.

‘I think they’ve got a little bit more about them, they can go either way, they’re quick, defenders will be frightened to death of them.

‘Cristiano, okay, he had a lot of chances tonight, it didn’t quite work for him, it wasn’t quite his night,

but that won’t happen for long with Cristiano.

‘They linked up really well, Marcus and Cristiano.

‘Marcus is great running with the ball and it’s a really good run from Cristiano [for United’s equaliser].

It’s nice to see them linking up, often we see them at times both having shots.

‘I think they can link up together with Martial, Marcus and Cristiano through the middle because they can play wide.

‘It’s nice to see Marcus being really positive because I think when he runs with the ball he’s actually almost impossible to play against,

he’s quick, he’s strong, he’s a good striker of the ball, with Martial and Cristiano there’s options there to be positive about.’