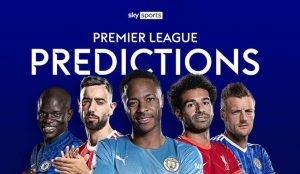 Wolves remain a team I want to keep on my side.

They turned impressive performances into points last weekend at Watford.

Playing with plenty of control and confidence in the second half to thoroughly deserve maximum points,

against a team set for a season of struggle.

The task for them this weekend will be a similar one with Brentford likely to remain,

playing with their no-thrills style where clean sheets are their ploy to a season of survival.

Only Manchester City have a better expected goals against record than Brentford this season,

to just an expected goals against figure equating to 2.66. It is an impressive feat and makes me fancy their chances of getting out of Molineux with another clean sheet.

If Mikel Arteta can create a solid spine to what Arsenal are trying to do,

then a top-six finish is still within their grasp despite a flaky start.

and Thomas Partey will become an automatic starter when able to stay clear of injury.

There is a talented team lurking, I’m sure of it.

And I’m happy to side with them for this one in what should be a tight game.

That spine will be significantly tested at Turf Moor, though.

Sean Dyche does not seem overly concerned about Burnley’s winless start to the campaign.

And for 60 minutes at Everton on Monday night where they were the better team you can see why.

It is all about channelling that level for an entire 90 minutes and avoiding getting punished for mistakes made in key areas of the pitch.

Kieran Tierney will be seeing plenty of the ball down Arsenal’s left, as he always does.

Arteta makes it pretty obvious regarding their ploy of getting him on the overload down that side and it is difficult to stop.

He put in 15 crosses in the defeat at Brentford and six in the win at Norwich,

One of those is going to be taken soon in a game like this one where Arsenal are expected to dominate territory. 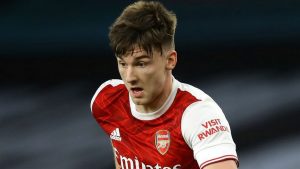 If Liverpool take their chances in this one, then Palace will not stand a chance

– a very similar defeat looks on the cards to the one they suffered at Stamford Bridge on the opening weekend.

Interestingly, Sadio Mane has scored in each of his last eight appearances against Palace. 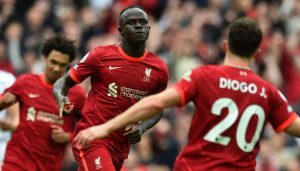 Only Robin van Persie (against Stoke) has scored in eight consecutive Premier League games against the same opponent.

So Mane is set to create history if finding the net.

Of course, these runs do eventually hit the buffers, but I am happy to invest in his chances.

Despite his wayward finishing from his 10 shots against Leeds last weekend.

He leads the way for expected goals in the Premier League this season with chances,

falling his way equating to a figure of 3.47 with an actual return of two goals.

He can bring those two figures closer together by scoring first at 7/2 with Sky Bet at Anfield.

You do not need me to tell you that. And odds of 1/9 with Sky Bet certainly back that theory up.

Instead of fumbling around trying to sniff out some betting value in the outright match prices,

my eyes are firmly focused on Manchester City players in the various goalscorer markets.

A price that jumps out to me is the 25/1 with Sky Bet about Ferran Torres scoring with a header,

something he has already done this season in the win over Arsenal.

Pep Guardiola has started the Spaniard in all six matches across all competitions this season – clearly he likes the way he leads the line.

Although ripe for improvement in that position,

Torres does have the instincts to get in where it hurts and should be thriving in that central role with the amount of quality ammunition coming in from wide areas.

This is especially relevant for this encounter as Southampton are notoriously sloppy at defending direct ball into their box.

Since Ralph Hasenhuttl took over in 2018, Saints have allowed 84 headed shots on target

the third highest of any Premier League team with 22 of those headers finding the net.

Norwich are not a team I can trust fully to turn promising performances into results.

But I am happy to back them here at 23/20 with Sky Bet, mostly down to Watford’s tameness in attack.

Since breezing past Aston Villa on the opening day,

they have only created a total expected goals tally of 1.5 with their attacking patterns very lacklustre when falling behind in matches.

Watford, despite not carrying much dangerous attacking threat in the final third,

are a team that plays with a physical edge and do draw fouls from the opposition, especially through Ismaila Sarr.

Opposition teams have averaged 2.75 cards per 90 minutes vs Watford this season.

That bodes well for the chances of Norwich midfielder Pierre Lees-Melou getting the attention of the referee and picking up a card at 7/2 with Sky Bet.

The fiery Frenchman was cautioned in the defeat to Leicester.

Villa got plenty of tongues wagging with their performance at Chelsea.

Yes, getting done 3-0 is not exactly a reason for cheer but the performance on show,

The question is, can they be trusted to back up that performance in a completely different match scenario?

That may ring true here. I have my doubts on Villa with some snoozy and lackadaisical early-season showings,

defined by me as the Grealish hangover, still lingering in my thoughts.

I am happy to take them on with Everton in town and then start to respect them as a force in the future if backing the Chelsea performance up.

Everton will be happy to allow Villa the ball and that will suit Rafa Benitez’s boys down to the ground.

Not many teams go to Brighton and play with such control and fizz on the counter-attack.

They got a result there playing that way and this could be a similar outcome.

Manchester United remain an overrated team by the markets.

Cristiano Ronaldo, of course, makes them stronger in the final third but as a team,

they are being rated very closely to Liverpool, Chelsea and Manchester City.

The team aspect of their play and strategy from the man at the helm falls very short,

when compared to those three aforementioned teams.

It is basically a formula of relying on quality individuals to make match-changing interventions at key times. 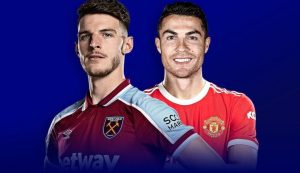 The Hammers have scored in 18 of their last 20 home matches and even though Michail Antonio is suspended,

their defensive organisation and skill on the counter-attack is capable of creating big chances against Ole Gunnar Solskjaer’s men.

Two good footballing teams likely to cancel one another out here.

The draw is a serious runner at 11/5 with Sky Bet.

and he will be licking his lips at the prospect of latching onto Shane Duffy at the heart of the Brighton back three.

Duffy is one of the best around at winning 50-50 balls in the air but get the ball down the side of him and he is a weakness in this Brighton side.

When faced with pace he has already been cautioned twice this season for wild lunges on opposition players.

I can foresee a situation of Vardy testing his ability in one-on-one situations,

with a last-man infringement a possible outcome. The 66/1 for a red card to be shown Duffy’s way is worth a tickle.

Thomas Tuchel is a bit of a master at mastering the away day.

Since he took over, Chelsea have lost just one of their 15 away games in all competitions.

The only defeat being a 2-1 reverse at Aston Villa on the final day of last season,

where they could be excused for having an eye on the Champions League final.

Chelsea have also won four of the last five Premier League meetings with Spurs, keeping a clean sheet in four of those clashes.

Tottenham’s display at Palace did not come as too much of a shock to me.

Nuno’s style is always going to make them a tough watch early on in games against so-called inferior opposition.

His plan to turn the game into a 20-minute one was working until the sending-off.

They will win plenty of games by one goal this season on the road.

Not this one though. It is all about Chelsea to grind this one out, showcasing their excellent defensive prowess.