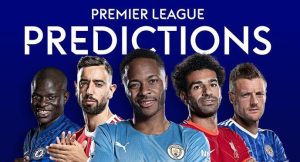 The Premier League is back with new manager bounce potential.

Hello waiter, I’ll have goals and shots for starters please.

Thomas Tuchel has built, officially, what is the best defence in the Premier League, conceding just four goals (one from open play).

Only two teams have conceded fewer after the opening 11 games of a top flight season.

However, I’d be stunned if Chelsea maintain these types of numbers over the next few weeks.

When looking at the expected goals against data, Chelsea are offering up good chances and shooting opportunities to the opposition.

In fact, Chelsea have the biggest difference between goals conceded (4) and expected goals against (11.79) in the Premier League after the opening eight games – at 7.79. It’s a huge overperformance.

Leicester carry a genuine top-six ranked threat in the final third but a defence that is one of the leakiest in the Premier League this season.

Since Brendan Rodgers took charge in 2019, only Liverpool, Manchester City, Manchester United and Chelsea have scored more goals than Leicester.

And their average of 3.11 total goals in their matches over the past two seasons is the second highest average – behind Manchester United – of any team in the Premier League.

The play therefore is to combine goals and shots in a special offered by Sky Bet involving over 2.5 goals, both teams to score and the match to produce 27 or more shots.

For a punter like myself that bases much of their analysis on strong data trends to come to conclusions.

The change of a manager mid-season is always problematic for finding an angle.

Unless you have a strong view or an exclusive insight into how the new manager is going to get his message across, it’s hard to rate just how a team will fare over their first few games.

My opinion on Steven Gerrard goes no further than what everybody else knows: he’s an inspirational figure who turned Rangers into champions.

Quite how that form-line transfers to the Premier League is difficult to quantify.

My gut tells me he’s likely to get a reaction this weekend and make Villa hard to beat.

But Gerrard will face a tough tactical battle up against Graham Potter. Defences are likely to be on top.

No side have drawn more games 0-0 (19) since Brighton won promotion back in 2017, including the last meeting between these two, and this game could meander down that path.

Crystal Palace are a tactically impressive unit that are going places under Patrick Vieira.

To stifle teams like Brighton, Wolves, Leicester, West Ham and Arsenal this season – and of course beat Manchester City – shows that they are on an exciting path.

But they are a second-half team.

Much of their play is about controlling the opposition and rarely do they risk too much in the early knockings of an encounter.

When analysing first halves only this season, Palace have scored the fewest goals (2) and had the fewest shots (42) of any team in the Premier League.

They have failed to score in nine of their 11 first halves and have scored 87 per cent of their goals after the break, to the extent that if only second halves counted they would be fourth in the Premier League.

I can foresee a match situation where that risk-averse tactic to the early stages could come a cropper against Burnley, who do like to fly out of the gates in these type of matches.

If you take out the fixtures with Chelsea, Liverpool and Manchester City, Burnley have scored the first goal in six of their other eight fixtures.

That makes the 5/2 with Sky Bet for Burnley to be winning at half-time too big to ignore.

The Toon remain the only side still without a Premier League win this season as this is technically their worst ever start to a league season.

The appointment of Howe is a difficult one to weigh up.

Brentford are on a run of four straight defeats but their performance data remains strong.

In three of those matches they won the expected goals battle with their attacking metrics remaining very strong.

In that period, only Liverpool, Chelsea, Manchester City and West Ham have amassed a bigger total expected goals for figure than Brentford (6.57), with only City posting more shots on goal from inside than box than the Bees (46).

They have the firepower to score twice at St James’ Park and ruin Howe’s first day.

Dean Smith’s head must be spinning. His appointment at Norwich means he’ll be the first manager to face an opponent in consecutive Premier League games in the same season, but with different clubs.

Like all three other managerial changes over the international break, this is an almost impossible one to weigh up in terms of predictions and betting angles.

All we can use for an argument in this case at this time is gut instinct as to whether he’ll get Norwich moving in the right direction. I’d be lukewarm on that.

Meanwhile, in their last eight games, Southampton have only conceded six goals.

A statistic backed up by their expected goals against data (8.43) which has them down as the fifth-best defence in that period.

However, during that run, they have faced Manchester City, West Ham and Chelsea – three of the top four attacks in the Premier League. They have been impressive.

The theory that their strong base means just one goal is enough to win a game at the moment worked a charm for the prediction for the Villa game and I see no reason to change tack against a very limp Norwich attack.

I had to double check Ole Gunnar Solskjaer was still manager of Manchester United. I can confirm he is.

I also had to double check that United were genuinely as short as 4/9 with Sky Bet to win this game. I can also confirm they are.

Both situations confuse me.

The only win in that time was that 3-0 at Tottenham, who were so embarrassed at losing to this United side they went and sacked their manager.

It’s an achievable task but one that will need to be built around making themselves hard to beat – as they did with their set-up at Tottenham.

However, judging by Solskjaer’s comments after the defeat to Manchester City, he wants them to return to a more open, aggressive style that made them very easy to create chances against.

See the defeats to Leicester, Liverpool and Aston Villa for examples.

He said: “We’ve got to go back to being on the front foot, be more aggressive, maybe circumstances have made us a little bit more cautious and passive.

We can’t, or I can’t, look at myself and say this is the way I want Manchester United to play.”

Even up against lowly Watford, Solskjaer’s talk will be music to the ears of Claudio Ranieri.

He has the players to utilise space on the counter-attack – as seen in their 5-2 win over Everton. They can get a result here.

I’m all over a West Ham win here at odds-against.

Having spent most of last season thinking the bubble will burst for David Moyes as he oversaw a classic case of overachievement, I’ve completely changed my view based on continued excellent and consistent performances from the Hammers.

Moyes has gone back to what made his Everton side so dangerous, making West Ham a tough outfit that play very much as a team and one that carry a huge goal threat.

Since beating Watford in September, Wolves have gone flat in forward areas.

In their last seven matches, they have posted just 54 shots – that’s 16 fewer than any other team.

An expected goals figure of 7.4 in that period is fine on first viewing but dig a little deeper and it becomes a tad more worrying.

The Hammers have lost just one of their last 17 games away from home against teams that finished ninth or lower according to last season’s table and won 12 of those 17, including beating Wolves 3-2 last season.

Moyes’ boys are perfectly equipped to get the job done in these type of games.

Arsenal were 15 places below Liverpool in September. They will go above them with a win at Anfield. Football works in strange ways, eh?

Can Mikel Arteta’s boys go to that next level with a win here? The 11/2 with Sky Bet may tempt a few in. Not me though.

This will probably be a step too far but I think they can make this a difficult evening for Liverpool.

Instead of backing a pro-Arsenal angle, I’m interested in the goals line.

I can see this being a low-scoring, slow-burner with the Gunners likely to focus on being hard to break down.

The Aaron Ramsdale, Ben White and Gabriel axis continues to impress – shown by our back-to-back winners on Arsenal wins to nil against Leicester and Watford.

In eight games, the trio have conceded just four goals with an expected goals against figure of 7.1 backing up their strong actual numbers.

They have also yet to concede a goal in the first half in those eight matches.

This will obviously be the stiffest task they’ve faced taking on Liverpool’s deadly attack but it’s hard to argue with Arsenal’s defensive output.

Manchester City have shown enough vulnerability this season to make teams travel to the Etihad with a slice of hope in their bid for a result.

Southampton nabbed a draw and Crystal Palace, aided by having an extra man for 45 minutes, played excellently to leave with a 2-1 win.

However, only Aston Villa (0) have taken fewer points than Everton (2) in the last five Premier League games.

Pep Guardiola’s boys should find a way through but that’s hardly telling you something extraordinary, is it?

A more enlightening angle surrounds the chances of a Joao Cancelo goal. One is coming for City – and he rates as an interesting wager.

The full-back has been sensational for Pep’s men in recent weeks, with his creative flair and excellent positioning very hard for opposition teams to stop.

In his last six starts, he has posted 17 shots on goal, including bagging his first goal of the season in the win over Club Brugge.

The movement ahead of him, whether it would be Jack Grealish or Phil Foden, does lend Cancelo to find very dangerous pockets of space outside the box and he does possess the quality to test goalkeepers with quality strikes.

The 14/1 with Sky Bet for him to score from outside the area makes sense as we’re squeezing more juice out of the price instead of backing 5/1 anytime odds.

There wasn’t an obvious Antonio Conte bounce for Tottenham at Everton – but it may just explode here.

Tottenham delivered one of their best defensive displays this season at Everton, while their work-rate was also much improved, covering the most amount of distance in any of their games this season.

Meanwhile, Leeds’ wins and eight of their 11 points this season have come against teams currently below them in the Premier League as they continue to have problems playing teams with better individual quality. I like the home win.

All of his lines are worth a look but the pick is the 5/1 with Sky Bet on him to have two or more shots on target.