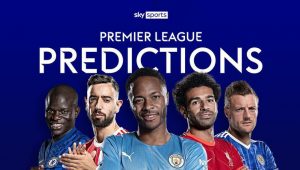 From the early knockings of these two clubs under new management, it is clear to see both are working from back to front.

Patrick Viera and Nuno Espirito Santo are first and foremost trying to make their teams hard to beat.

Palace are pushing higher up the pitch under Viera and looking to control possession via,

their two ball-playing centre-backs but they had to rely on two classy pieces of individual finishing from,

Conor Gallagher to pick a point up at West Ham. Meanwhile,

Tottenham have quickly adopted to Nuno’s style of keeping things ultra tight and hitting with good speed on the counter.

Three games, three wins and three clean sheets reads very well but I am not getting carried away yet.

They have only created 19 chances from open play this season – the fifth lowest in the league so far.

The fixture list has relented and Arsenal finally have a winnable one here.

Of course, another defeat would send the Gunners closer to rock bottom and Mikel Arteta surely closer to the exit door,

but despite their pointless start to the campaign, the general feel in and around the club is one of understanding that,

this current crop of young, talented players will need some time and patience.

That could be vital in the stands here if the game does not go to plan in the early stages.

Norwich are playing with similar style and unfortunate flakiness that was seen in their last venture up to the top league.

Arsenal should be able to match their limited physicality and their superior quality,

should come shining through in the key moments in the match.

Once they get the first, the floodgates may open with Emile Smith Rowe likely to call the tune.

This will be the first top-flight meeting between Brentford and Brighton.

at the helm that have made their fortune by finding value across the betting jungle.

I wonder if either Matthew Benham or Tony Bloom think there is any juice in the outright prices for this one?

Fittingly, both clubs are trading at an equal percentage to win the game at,

Brentford, who are unbeaten in their last 15 matches across two seasons,

have changed style slightly since taking the step up with a slightly more no-thrills style that has given them,

more protection at the back while trying to get the ball into their front men a little quicker.

That should cause Brighton problems, who do tend to underperform against teams that do not like to open up – as seen in the defeat to Everton.

Leicester may have won three of their four games in all competitions this season,

including a 1-0 win over Manchester City in the Community Shield,

but, it has come with the backdrop of very mediocre performances.

Brendan Rodgers‘ team have lost the ‘expected goals battle’ in all three of their Premier League fixtures this season.

That’s a worrying sign for a team that are ranked as the fifth-best side in the Premier League,

and one of those fixtures came against Norwich, who will have to perform above,

market expectations not to be relegated this season.

Are Leicester regressing? It is too early to tell but if they continue along this performance level,

according to the key data, then Manchester City will have little problems swatting them,

aside with relative ease this weekend, especially if Kevin De Bruyne is fit to return.

Manchester United have basically given themselves a shiny new paint-job,

and installed a soft-top on their vehicle without fixing the engine.

Signing Cristiano Ronaldo is an absolute no-brainer, yet, to leave their central midfield area,

so lacking in quality for a team expecting to be competing for a Premier League title is a baffling one.

The Wolves pair of Ruben Neves and Joao Moutinho exposed that area in the rather fortuitous 1-0 victory before the break,

for United and teams with similar quality in the coming weeks will do the same.

Newcastle are equipped to give United a scare or two but central midfield is not where they flourish.

It is hard to see Ronaldo’s homecoming not ending in a home win – but the odds of 1/6 with Sky Bet tell you that.

Goals are on the menu here. Southampton attacked with plenty of gusto in their draw with Newcastle,

creating an expected goal figure of 3.82 from 22 shots at goal.

It was the Ralph Hasenhuttl football of early last season which does not bode well for my Southampton to be relegated bet.

My crumb of hope in that regard comes from their ability to defend properly,

something West Ham will punish if given the opportunity.

Those that like taking the shorter prices should consider the over 2.5 goals angle at 4/6 with Sky Bet.

Jarrod Bowen has been an unsung hero in this West Ham side.

Since he signed in February 2020, no West Ham player has created more big chances defined,

by Opta per 90 minutes than Bowen as his tenacious work down the right flank has been backed up with plenty of quality.

He has created eight chances for his team-mates already this season but has yet to record an assist.

With him being a corner duty against a team like Southampton that notoriously struggle,

with direct balls into their box, the time is now to back him for an assist at 4/1 with Sky Bet.

On the basis on what we have seen from Bruno Lage and his vibrant Wolves side already this season,

they will not be in the relegation zone for much longer.

Three defeats on the spin is not an accurate reflection on their level of performance.

It’s been an impressive feat by the new boss to get Wolves playing with such fluidity through the phases.

a game they somehow managed to lose. All that has been missing is a clinical final finish.

That will come, starting here against a Watford team that have yet to back up their 3-2 opening day victory over Aston Villa.

Watford have only won seven corners from their three fixtures this season – a league low.

The sample size is too small to make too many firm conclusions but they play a very narrow game,

with the full-backs rarely crossing the half-way line and their dangerman Ismaila Sarr,

likes to cut in rather than head for the by-line.

I am expecting the match scenario to revolve around Wolves taking control of proceedings,

but take their time to finish their dinner. This could lead to a landslide victory for Wolves,

when it comes to the corner count as they are likely to dominate territory as they search for goals.

Their fluid attacking patterns of last season with Grealish at the forefront are nowhere to be seen.

Four points from three games looks an acceptable return on paper but the metrics behind the performances are worrying.

Villa have generated a non-penalty expected goals figure of just 1.87 from their three fixtures,

the second lowest in the Premier League behind Arsenal.

But unlike Arsenal, Villa have had a very soft start to the season with games against Watford, Newcastle and Brentford.

To create just 16 chances from open play in those fixtures does not bode well for their,

chances of finding a way past, arguably, the tightest defence in Europe.

Since Thomas Tuchel got hold of this Chelsea defence, there is hardly anything to separate them,

and Manchester City when assessing the defensive performance numbers.

I struggle to foresee a situation where Villa can score in this match.

It will be a question of when not if Chelsea make their breakthrough.

If short prices are your thing, then Liverpool are worth a strong look for an away win here at 8/11 with Sky Bet.

Leeds have underwhelmed this season in their three fixtures, taking two points but,

losing the ‘expected goals battle’ in every game.

Having home advantage here does slightly put me off an away win as Elland Road will,

be in raucous mood for this late afternoon clash in front of the Super Sunday cameras.

However, Liverpool are very experienced in being able to manage games and their,

performances against Leeds last season make them very hard to oppose over 90 minutes,at whatever ground.

In the two fixtures they racked up whopping 6.4 expected goals tally as Leeds’ ploy of,

playing man-to-man against superior opposition backfired despite managing to,

take an undeserved point in the fixture at Elland Road.

The potential absence of Raphinha also should not be underplayed for the home side. He could be a huge miss

Both these teams like to use their head when attacking the opposition,

as shown by their average-headed shots per game over the past 18 months being over two per 90 minutes.

Only three clubs have averaged more. Under Rafa Benitez,

Everton are more of a direct team that are not afraid to get service into the box.

Burnley have consistently been the team with the most direct passing stats in recent Premier League seasons,

but, they may have competition this season in Benitez’s boys.

but, Everton are not far behind in any of those categories from early season data.

Similarly, these two teams are also top and second in the Premier League for percentage of passes long,

percentage of passes into the final third and passes per shot.

feasting for service into the box, the 9/2 with Sky Bet for the first goal to be a header does look a little chunky for this fixture.