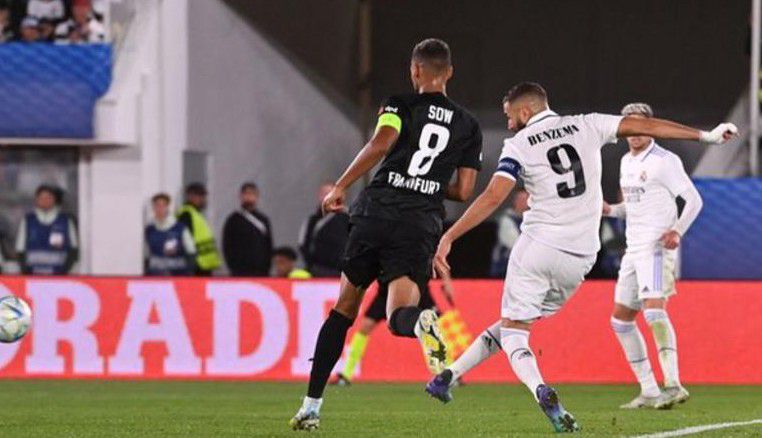 Karim Benzema and David Alaba both scored as Real Madrid made easy work of Eintracht Frankfurt in the Uefa Super Cup.

Carlo Ancelotti’s side, who beat Liverpool to win the Champions League in May, took the lead when David Alaba tapped into an empty net,

Benzema doubled the Spanish giants’ lead after the break with a first-time finish from Vinicius Jr’s cross to move second on Real’s all-time goalscoring list, overtaking Raul and behind only Cristiano Ronaldo who has 450 goals.

Europa League winners Eintracht had offered some resistance in the first half and had chances to score but were eventually overrun by the Spaniards.