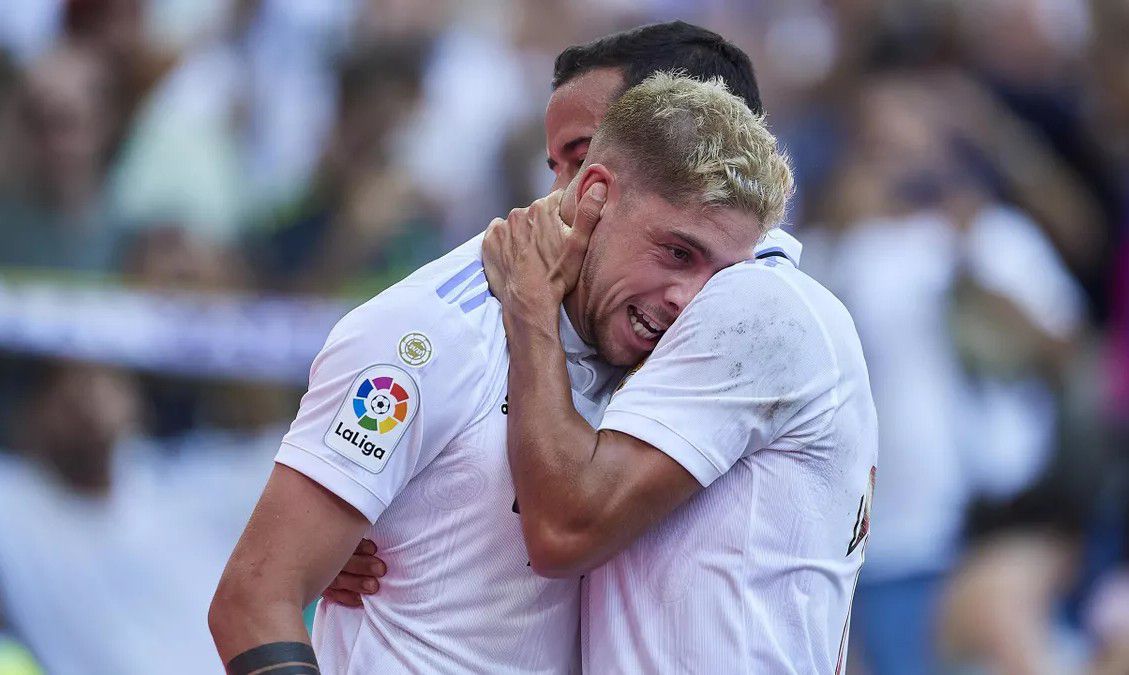 Real Madrid leapfrogged Barcelona back to the top of the La Liga table with a hard-fought 4-1 victory over Real Mallorca at the Santiago Bernabeu.

Goals from Federico Valverde, Vinicius Junior, Rodrygo and Antonio Rudiger were enough to give Carlo Ancelotti’s side the three points,

in a game where their opposition defended resolutely, and shell-shocked the hosts 10 minutes before the interval as Vedat Muriqi’s

unmarked header from a Kang In Lee free-kick put Mallorca into an unlikely ascendency.

Valverde unleashed a wonderful solo goal to equalise for the Madridistas; driving from inside his own half and curling a spectacular left-footed curler beyond the hapless reach of Rajkovic to draw the defending champions level in an evenly matched tactical battle.

The hosts shuffled their pack after a dominant 3-0 win over Celtic in the Champions League in midweek, and Eden Hazard was afforded his first start since January after an excellent display off the bench in Glasgow.

Muriqi tested Thibaut Courtois in the home goal in the early exchanges as Mallorca flew out of the blocks, with the Kosovan target man flicking a floated ball over the head of Antonio Rudiger

and flashing a shot at the Belgian goalkeeper, but the home shot-stopper was alert in averting the danger.

Toni Kroos was instrumental as he orchestrated the game’s tempo in a deeper-lying midfield role, and the German went close on 14 minutes as he curled an effort from outside the area just wide of the far post.

Lucas Vazquez wasn’t far away with yet another curled effort from range after a quickly taken corner kick routine, but Rajkovic was again not forced into action as the attempt flew off target.

Clement Grenier’s introduction for Mallorca proved a good move from Javier Aguirre, as the experienced Frenchman carved out a wonderful opportunity for his fellow substitute Antonio Sanchez,

but the Spaniard could only side-foot wide with the Madrid net at his mercy.

It would be a costly miss for the Balearic Islanders: Vincius Junior – so often the talismanic figure for Madrid – stepped up to the plate to chip the hosts into the lead for the first time, after a scintillating run from Rodrygo that carved open the visiting defensive unit.

Rodrygo turned goalscorer at the third attempt, channelling what Valverde had displayed for the first goal, with a memorable solo goal to cap off a fine personal performance.

Antonio Rudiger finished off the late flurry with his first in the white of Madrid, ghosting in unmarked at the far post to ease the cushion.

It wasn’t vintage Real Madrid, but Los Blancos eventually got the job done, with some difficulty.