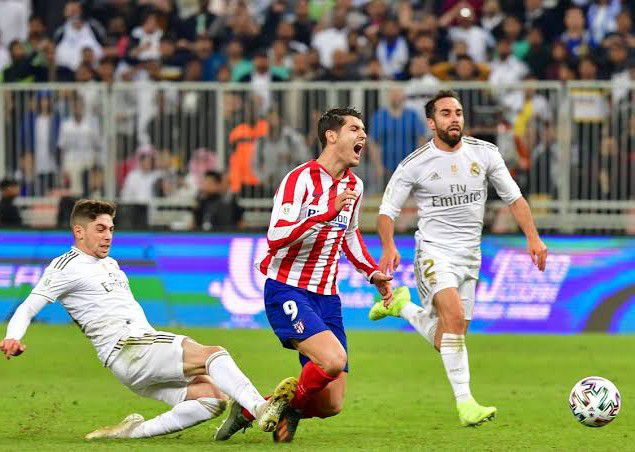 Karim Benzema will once again be missing for Real Madrid as they prepare for their first big game of the LaLiga season.

A trip to neighbours Atletico Madrid on Sunday night promises to be a big test for Carlo Ancelotti’s side, who have won every game this season in defence of their domestic and European crowns.

But Benzema is set to sit out the Wanda Metropolitano clash after he picked up an injury at Celtic in the Champions League.

Lucas Vazquez will also have to wait until after the international break to make his comeback although Real have been boosted by the return of Eder Militao to training.

Antonio Rudiger will make way for the Brazilian if he is confirmed as fit and Ferland Mendy should come in for Nacho at the back.

Late goals from Fede Valverde and Marco Asensio sealed a win over RB Leipzig in midweek and Carlo Ancelotti is set to keep the Uruguayan midfielder in his line-up.

Toni Kroos is pushing for a return ahead of Aurelien Tchouameni in an otherwise settled XI. Eden Hazard and Asensio are likely to be named on the bench.