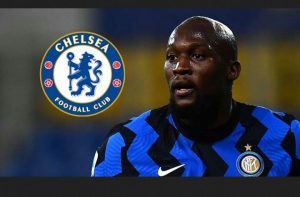 The Begian said he forced Inter’s hand once learning that interest from Chelsea,

was “serious” during the summer transfer window, with the Belgian striker determined to complete a £98 million ($136m) move.

That offer eventually proved to be enough for Serie A champions to part with,

a prized asset, with three previous bids being knocked back.

Lukaku started to fear that a deal would never be done,

leading to him seeking out talks with those at the centre of discussions as his heart started to head back to Stamford Bridge.

Lukaku reveals to HLN of securing a return to Chelsea 10 years after he first linked up with the Blues:

“With Chelsea’s third offer, I knew it was serious and I wasn’t there anymore.

“Chelsea offered €110m plus [Davide] Zappacosta, but Inter said no,

so I went to [Simone] Inzaghi’s office asking to find an agreement.”

“I was still at Inter, but my head was already in London.

“Inter pulled me out of sh*t, I would have only left the Nerazzurri for Chelsea.”

The powerful 28-year-old is already up and running back in English football,

with a debut goal recorded against Arsenal.