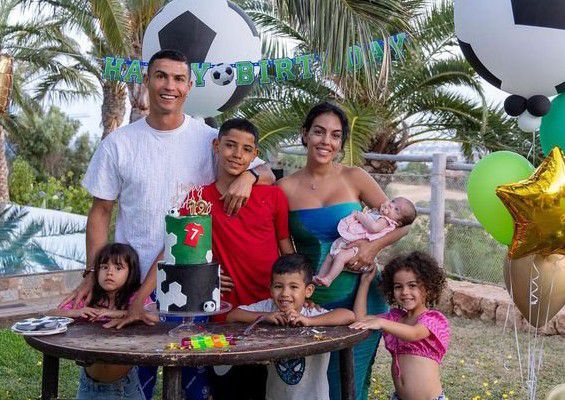 Ronaldo has celebrated his son’s 12th birthday with his family in Majorca.

Cristiano Ronaldo’s family have celebrated his son’s 12th birthday with a party during their holiday in Majorca.

His eldest child, Cristiano Ronaldo Jr, turned 12 on Friday during the family’s 10-day break on the Spanish island, where they have celebrated with a party.

Ronaldo’s partner Georgina Rodriguez posted a series of pictures from the party to Instagram,

showing the family posing with a birthday cake in front of banners and balloons.

Other family members also joined them for a meal, with the Manchester United forward having wished the eldest of his five children a happy birthday in a touching Instagram post on Friday.

He uploaded a picture of the pair and wrote:

“Happy birthday my son! How does time go by…?! Will we still play together?!

The most important thing is to continue being the boy you are with a huge heart! Best of luck, puppy! Daddy loves you very much.”

Ronaldo Jr is also at Manchester United, having joined the club’s academy following his dad’s return to Old Trafford last summer, and plays in the same youth team as Wayne Rooney’s son Kai.

Prior to the pair returning to their team’s for next season, though, the family have been enjoying a

welcome period of relaxation on the Spanish island following the conclusion of the recent international break.

Ronaldo played for Portugal in their Nations League fixtures against Spain, Switzerland and

the Czech Republic, grabbing two goals and an assist in the 4-0 win over the Swiss.

Having arrived in Majorca last week, he was also joined by his £8.5million Bugatti on the island after shipping the vehicle out for the holiday.

The 37-year-old will soon be preparing for his second season back with United after scoring 24 goals in 38 appearances last season,

despite the Red Devils’ poor season, as they could only manage a sixth place finish. 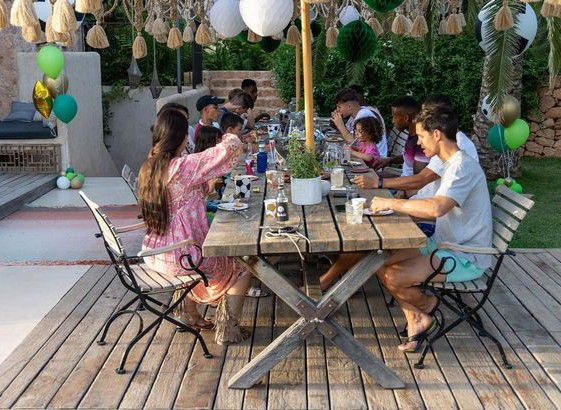 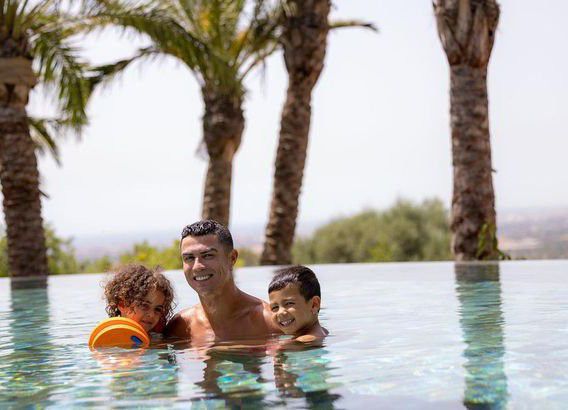 He will also be playing under a new coach next season following the appointment of Erik ten Hag as the club’s new manager, replacing interim boss Ralf Rangnick.

Ronaldo’s future with United has been a topic of significant discussion in recent weeks, however,

with the latest transfer rumours linking him with a reunion with former boss Jose Mourinho at Roma.