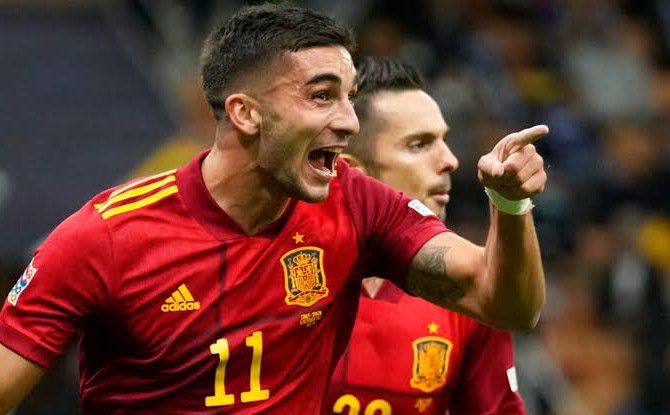 Spain and Costa Rica will take place at the Al-Tumama Stadium in Doha.

failed to advance beyond the last-16 in Russia, while there was also semi-final heartbreak at the European Championship last summer.

But Luis Enrique’s side are determined to make a statement and return to top tournament form in Qatar,

with plenty of chatter over their controversial squad selection that omitted the likes of record appearance-maker Sergio Ramos but included Barcelona’s Ansu Fati.

suffered a sprained ankle in training and was replaced by Barca youngster Alejandro Balde,

who could be needed to start the first match this week with Real Madrid’s Dani Carvajal also battling illness.

Costa Rica: are bothered by no such injury concerns ahead of their fifth World Cup

appearance since 1990 and third in a row following an intercontinental play-off win over New Zealand back in June.

with former Arsenal forward Joel Campbell – who now plays his club football in Mexico with Leon – leading the attack.