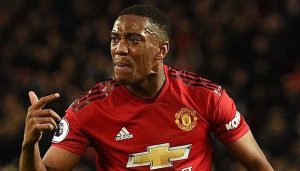 The Frenchman star Anthony Martial’s future looks set to lie away from Old Trafford, with the former Monaco player keen to leave Manchester United either in January or the summer in order to find a club at which he’ll play a more prominent role.

With the transfer window opening at the beginning of January,

Martial is hoping to have suitors so that he can bring his time in Manchester to an end after six and a half years.

But which clubs could turn to the Frenchman this winter? We’ve taken a look at three possible destinations.

The Catalans’ goalscoring problems have been clear as day under Xavi Hernandez and, in truth, this season as a whole.

They’re struggling to replace Messi and even Luis Suarez and haven’t been helped by Martin Braithwaite’s injury problems and Sergio Aguero’s heart problem.

Although money is tight at the Camp Nou, there is a belief that they will be able to sign in January and Martial may be the man they turn to to solve their attacking woes.

The Premier League’s newly-rich club are linked with just about everybody at the moment, as was to be expected when their takeover went through.

Living in England’s north east hasn’t always been the most appealing of options for European players, but having lived in Manchester for almost seven years it’s doubtful that Martial would be too put off by the climate there.

The news owners have started to put their stamp on things with the dismissal of Steve Bruce to appoint Eddie Howe.

As Kylian Mbappe’s contract coming to an end and Real Madrid circling, waiting to talk to the forward from January 1, the French side may well be in need of another forward to add to their already-stacked squad.

Although Neymar and Lionel Messi are there, Mbappe and Mauro Icardi are the only traditional strikers they have and the club want to rid themselves of the Argentine this winter.

Now, everybody is waiting for their first major transfer.