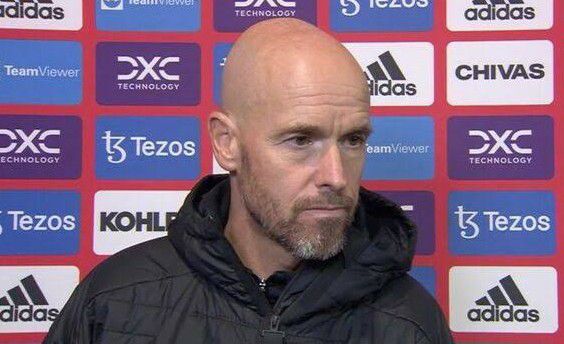 Manchester United manager Erik ten Hag says he understands the significance of Sunday’s derby against Manchester City and warned that his team must focus on more than just dangerman Erling Haaland.

Five points separate second-placed City from Ten Hag’s side in fifth ahead of their clash at the Etihad, although United have a game in hand.

Haaland has started life at City in electrifying form, scoring 11 goals in his first seven Premier League appearances, but Ten Hag’s focus goes beyond the Norwegian.

“We are convinced of our capabilities. If we act as a team then we can beat our opponents.

That is the belief we need, and we need it even more on Sunday.”

The clash will be Ten Hag’s first taste of the Manchester derby, and the former Ajax boss is relishing the occasion.

“I have played many derbies. I know what they are, what the rivalry is, what they do with each other,”

“I know it is the most important game in the Manchester area.

It excites me. You do everything to win this game.”

Ten Hag also offered an injury update after the international break, confirming that England centre-back Harry Maguire will miss out.

Maguire picked up a suspected hamstring injury during England’s Nations League draw with Germany on Monday,

but there is some good news for the Red Devils as Anthony Martial and Marcus Rashford return to fitness.

“Harry Maguire is injured and I think for the rest we have some doubts.”

“With Anthony Martial, he was training all week with the group so really happy with that situation.

He’s performing really well.
“Rashford returns into training so also we are happy with that.

For the rest, only the long-term injuries like Axel Tuanzebe and Brandon Williams are not available.”

“I have to coach him and back him. I back him because I believe in him. I can see his qualities.

“The quality is there. He has almost 50 caps for England, he has high potential. We all believe in him.”