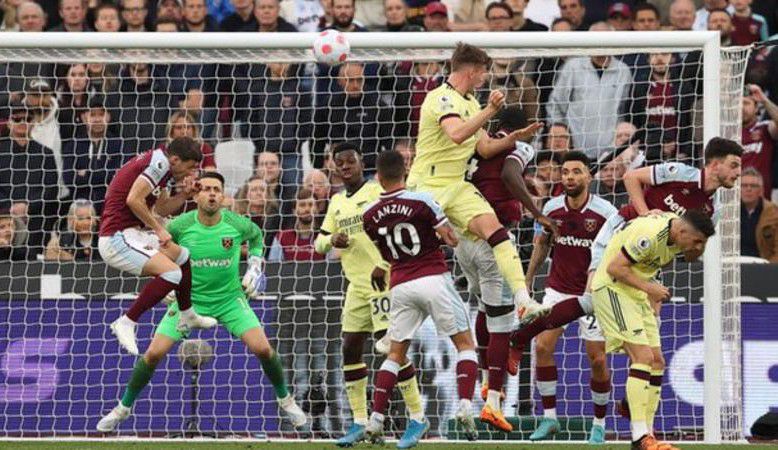 Arsenal reclaimed fourth spot in the Premier League with an important victory at West Ham and dented the Hammers’ own chances of securing European football next season.

Tottenham beat Leicester earlier in the afternoon, but Mikel Arteta’s side responded by grinding out a vital three points at London Stadium.

It was Arteta’s centre-backs who came up with the goods, with Gabriel Magalhaes nodding the

winner early in the second half after Rob Holding had opened the scoring from Bukayo Saka’s 38th-minute corner.

cross and squeezing a strike into the bottom corner in what was a reward for a strong first-half performance.