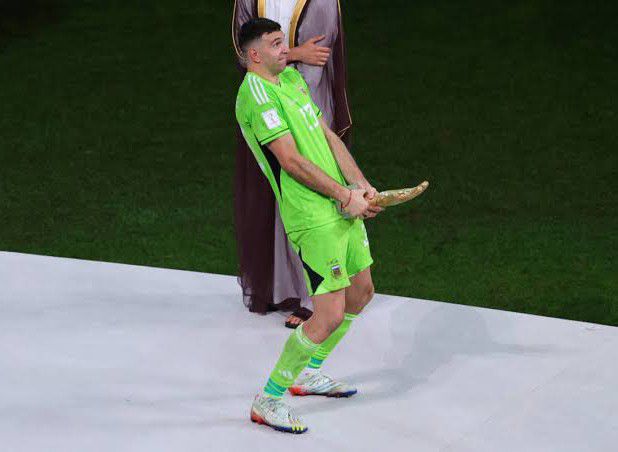 Martinez enjoyed a fine World Cup as Argentina won the tournament and he was named as the best goalkeeper, the trophy for which he placed

near his crotch and thrust it towards the booing France fans after the final.

After the game, he explained to Argentine radio station La Red about the lewd gesture: “I did it because the French booed me. Pride does not work with me.”

It appears Martinez’s actions have not gone down well with Rami, who on Instagram has branded the Albiceleste keeper as “the biggest son of a ***** in football. The most hated man.”

Rami went on to claim that Morocco’s Yassine Bounou was more worthy of the Golden Glove award, having conceded three fewer goals than Martinez.

they beat Kylian Mbappe rather than winning the World Cup.

In the dressing room after the game, Martinez called for a minute’s silence for Mbappe as they striker was now “dead”.