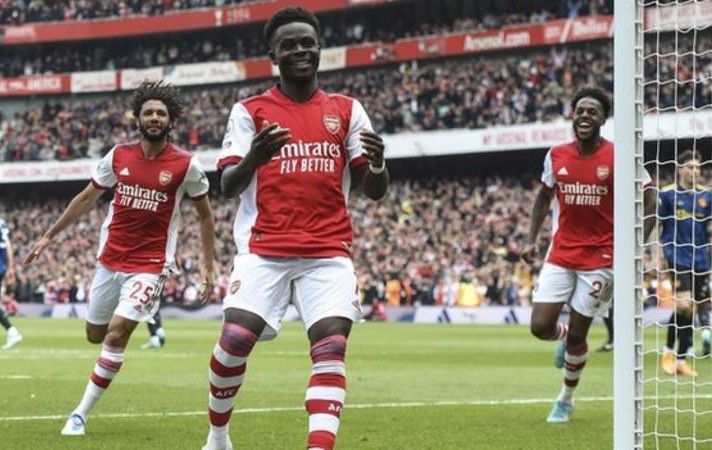 Arsenal capped off a big week for their Champions League hopes by beating Manchester United to stay fourth in the Premier League.

Nuno Tavares capitalised on some poor defending to tap in the opener before Bukayo Saka converted a penalty.

Cristiano Ronaldo pulled a goal straight back on his return to the United side and Bruno Fernandes missed a second-half penalty for the visitors.