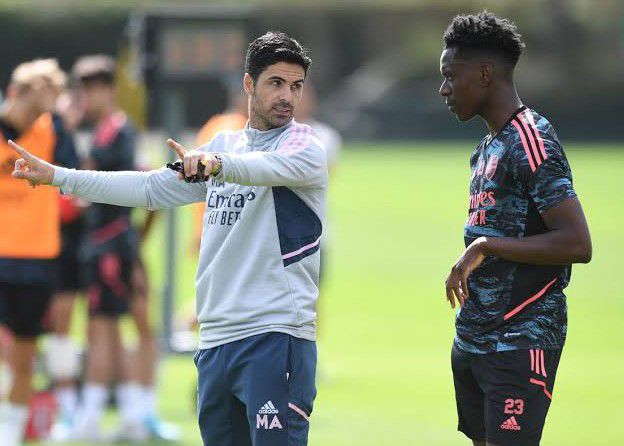 Arsenal will be without Oleksandr Zinchenko for the weekend London derby at Brentford, but Thomas Partey is fit to return.

Mikel Arteta was typically guarded on team news ahead of a trip to west London, but confirmed the setback for his left-back.

Ben White, though is fit despite missing out on a place in the England squad.

Emile Smith Rowe continues to struggle with groin problems that have plagued him for almost a year, and joins Mohamed Elneny and

Reiss Nelson on the treatment table, leaving Arteta with several selection issues to overcome against a physical Brentford side.

“Oleksandr Zinchenko will not be able to help the blue and yellow during the September matches in the UEFA Nations League.

“The Arsenal player suffered a calf muscle injury during training at the club which will require two weeks for treatment and recovery.

Oleksandr Petrakov, of the unfortunate news by calling him. We wish Sashka a speedy recovery.”

Partey is expected to come in for Albert Sambi Lokonga after his return from injury.