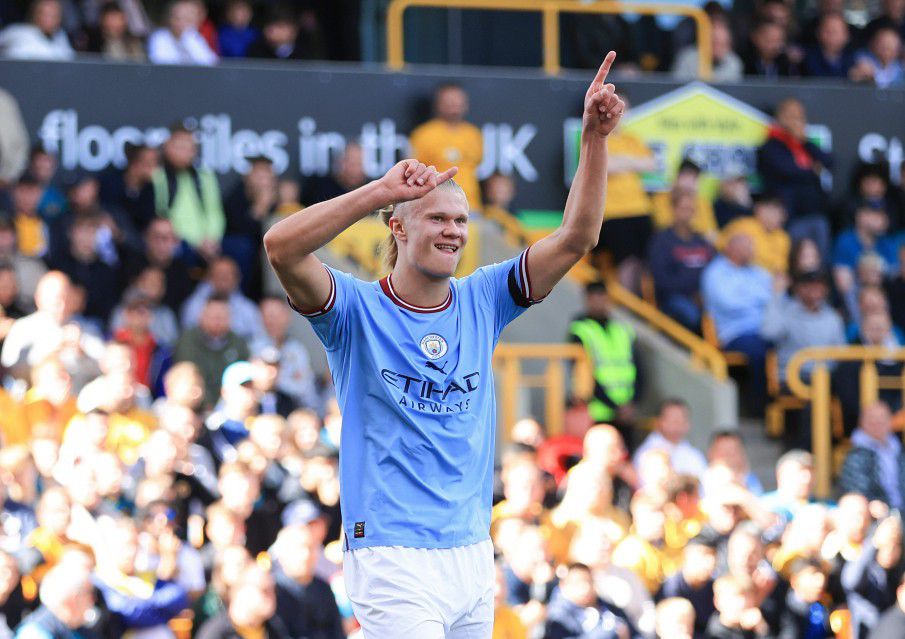 Erlin Haaland scored his latest goal in the 16th minute against Wolves, marking his 14th of the season in all competitions.

Former Borussia Dortmund Hitman Erling Haaland has become the first-ever player to score in all of his first four away games in the Premier League.

The Manchester City star has only played seven top-flight games, but has already netted 11 times, making the fastest start in the league’s history.

And now he is making the history books yet again.

After being fed the ball by Bernardo Silva, th haaland charged towards goal with ease, before firing past Wolves goalkeeper Jose Sa.

“When he hits it, it’s a bit scruffy. But it was noticeable how Kilman backed off.

You have to deny that guy,” talkSPORT’s co-commentator for the game Andy Townsend said.

“They were petrified of him.”

Most notably, though, Haaland’s goal marks the first time anyone in the league has scored in all of their first four away games.

The 22-year-old netted twice on his debut against West Ham at the London Stadium, then again away at Newcastle and also got on the score sheet in his side’s 1-1 draw at Villa Park.

The Norwegian’s goal at Molineux also marks the seventh game in a row that he has found the net.

Haaland’s strike on Saturday afternoon put City 2-0 up after Jack Grealish put them ahead just one minute into the game after a delicious cross from Kevin De Bruyne to score his first of the season.