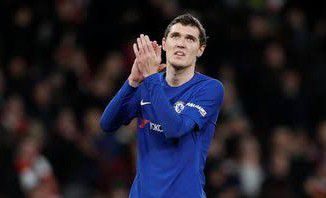 Barcelona have followed up the signing of Franck Kessie by confirming the arrival of centre-back Andreas Christensen on a free transfer from Chelsea.

Christensen let his Chelsea contract run down and agreed a move to Barcelona months ago,

bringing to an end a ten-year spell at Stamford Bridge which yielded both Champions League and Europa League glory.

He recently wrote to the Chelsea fans to reveal he felt it was the right time to move on, and the next chapter of his career is now official.

Christensen has penned a four-year contract at Camp Nou and has been handed a release clause worth a cool €500m.

The 26-year-old will be presented to the fans on Thursday.

Christensen will be hopeful of cementing a permanent starting spot in Barcelona’s side,

Space is being made through the departures of Clement Lenglet and Samuel Umtiti.

The former is close to joining Tottenham on a season-long loan, while the latter has been tipped to return to France with Rennes.