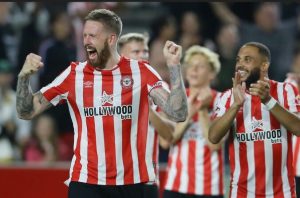 Brentford get the first points of the season on the table and will be hoping to build on this win when they travel to Crystal Palace next weekend. As for Arsenal, it’s a big game for them next time out, as they host Chelsea at home.

Brentford’s first-ever Premier League game ends with a 2-0 victory over Arsenal. Mbuemo hit the post early on before Canos put Brentford ahead when he caught Leno out at his near post. Norgaard doubled their lead in the 73rd minute when he nodded in Sorensen’s long throw-in from close range. Raya also made an important late save to deny Pepe and protect his clean sheet.