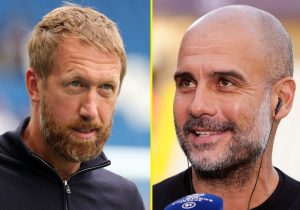 Brighton and Manchester City face off in the Premier League on Saturday evening.

The Seagulls are flying high this season and go into this weekend’s game in fourth.

They have drawn their last three including a disappointing goalless draw at Norwich last weekend.

Graham Potter’s men did beat City in a 3-2 thriller on the south coast last season as they came from two down to win late on.

City are a place above Brighton following their comfortable win over Burnley last Saturday.

This Premier League clash will kick-off at 5:30pm on Saturday, October 23. 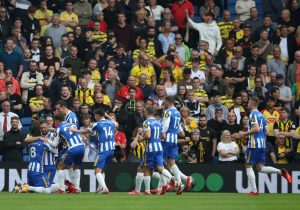 Brighton will be without Danny Welbeck and Steven Alzate.

Adam Webster has been out with hamstring injury in recent weeks but could return this weekend. 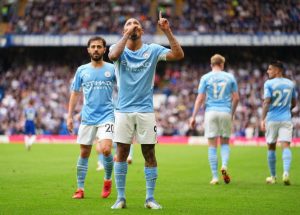 The Spain winger will be out until January.

Pep Guardiola has no other issues to deal with but will likely bring Kyle Walker, Ruben Dias and Jack Grealish back in after they were rested last weekend.