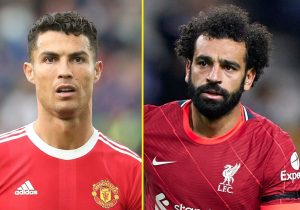 Red Devils boss Ole Gunnar Solskjaer is feeling the pressure after a run of three Premier League games without a victory, including two defeats.

Saturday’s 4-2 loss to Leicester City has seen United slip to sixth in the table – already five points behind leaders Chelsea.

Liverpool remain the only unbeaten side in England’s top-flight this season.

With their 5-0 win over Watford keeping them second, behind Chelsea.

But Jurgen Klopp’s side have often struggled at Old Trafford,

with last term’s 4-2 victory the German’s first ever scalp at the Theatre of Dreams.

United will host Liverpool at Old Trafford on Sunday, October 24.

The Premier League clash will kick off at 4:30pm. 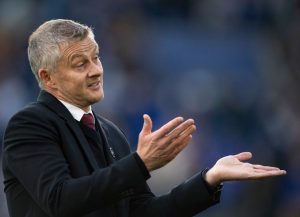 Liverpool are looking to secure consecutive league victories at Old Trafford for the first time since January 2002.

Fred and Edinson Cavani are both in contention to return to the fold for the home side after returning late from international duty.

Anthony Martial is a doubt after missing the Champions League clash with Atalanta while Raphael Varane is still weeks away from full fitness. 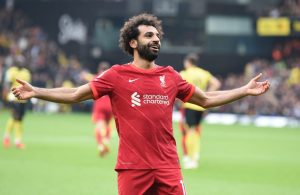 For Liverpool meanwhile, their South American stars Alisson and Fabinho will also return in the Premier League after missing the trip to Watford.

Both Brazilians featured in the Reds 3-2 midweek win over Atletico Madrid.

Diogo Jota also emerged as a substitute at the Wanda Metropolitano to hand Liverpool a boost after he picked up a knock while away with Portugal.

Harvey Elliott remains a long-term absentee while Klopp has concerns over Thiago Alcantara and Curtis Jones who are yet to make their comebacks.