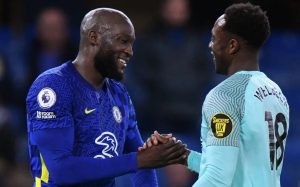 Brighton host Chelsea on Tuesday night, with both teams hoping to bounce back from disappointing results at the weekend.

Graham Potter’s men have been in good form of late and remain unbeaten in their previous four Premier League games – a run that has seen them enter the top half of the table.

They will, however, have been annoyed not to have earned a third victory in that run last time out,

as they dominated but were held to a 1-1 draw at home by rivals Crystal Palace.

They face a Chelsea side that has registered just one victory in their last six league outings.

Effectively ruling themselves out of the title race with four draws in that time and a disheartening 1-0 defeat to champions-elect Manchester City on Saturday.

Midfield dynamo Yves Bissouma will be absent from proceedings once more, as he continues with his involvement in the Africa Cup of Nations with Mali.

Brighton will also definitely be without Enock Mwepu and Jeremy Sarmiento through injury.

Moreso, Tuesday night may come too soon for Lewis Dunk, who nears a return to action following a knee issue.

Brighton will also be sweating on the availability of Adam Lallana who sustained a slight knock last time out.

Although there is good news in that Tariq Lamptey should be set for a return to the starting XI.

Potter revealed that the right-back was omitted from the lineup against Palace last time out because he was not ready to feature for 90 minutes.

The Brighton boss is now confident that he’ll be fully fit when Chelsea come to town.

Thomas Tuchel will, of course, once again be without first-choice goalkeeper Edouard Mendy as he continues to represent Senegal at AFCON.

Elsewhere, the visitors will have to make do without Ben Chilwell, Reece James and Trevoh Chalobah who continue their recoveries due to injuries.

Brighton vs Chelsea H2H to record

Back in 1933, the Seagulls managed a 2-1 FA Cup win over the Blues in their first ever meeting.

Although the 16 encounters since have predominantly gone Chelsea’s way.

Chelsea have racked up 12 wins in this fixture over the decades, but recent meetings haven’t exactly gone to plan for the Blues.

Apart from a 3-1 victory over Brighton at the Amex in September 2020, Chelsea have been held to a point by Saturday’s opposition in three of the past four meetings.

Graham Potter’s side managed the club’s first ever goal at Stamford Bridge in their last encounter,

Considering how phenomenal they’ve been since Tuchel arrived at the club,

it seems bizarre to say but, with the form Chelsea are in, it’s tough to know what version of the Blues we’re going to get.

Add to the mix Brighton’s recent upturn in form, results and league standing – and the recent history between the two teams – and we could get another frustrating evening for the Blues.

Chelsea, however, will of course go into the tie as favourites with the heaps of quality they possess and, although it won’t be an easy task.

Tuchel’s side should be able to put an end to this winless run at Brighton.