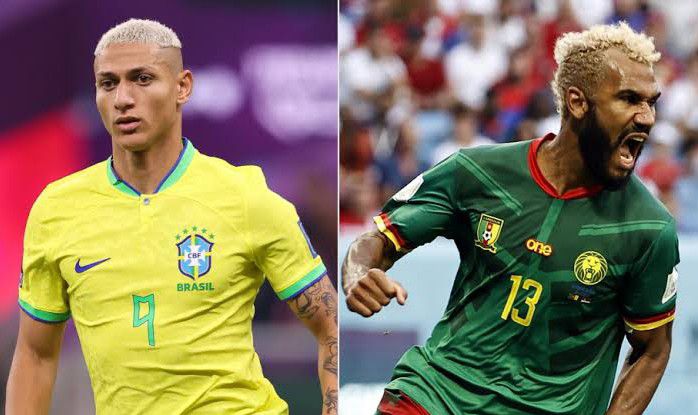 Brazil have already qualified as group winners, Cameroon hope for a victory should incase Switzerland and Serbia end their match in a draw.

Brazil nervously awaits to see what transpires with Neymar’s ankle.

Injured in the Selecao’s opening Group G win over Serbia, the 30-year-old is definitely out of

their final group game against Cameroon and faces a race against time to be fit for the knockouts.

Clearly, that is a major worry but manager Tite is at least afforded the opportunity to rotate on Friday.

Already through as group winners, plenty of changes are expected.

Alex Sandro and Danilo are sidelined along with Neymar, however.

Cameroon: Andre Onana has been sent home after a falling out with the management,

while captain Vincent Aboubakar has surely done enough to start following his brilliant goal against Serbia on Monday.

Devis Epassy will be expected to continue in goal for the Indomitable Lions.