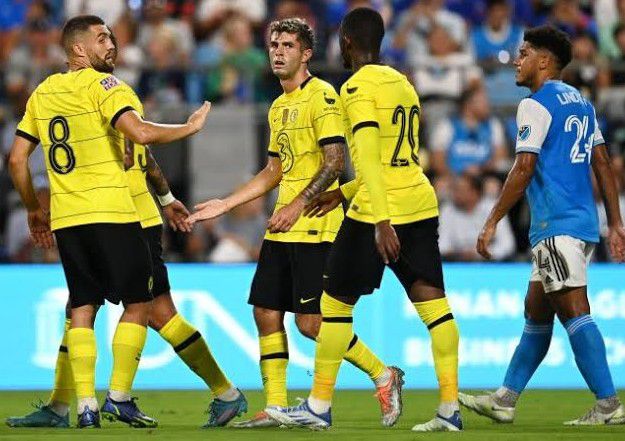 Christian Pulisic scored on home soil, but Chelsea found the going tough against a determined and energized Charlotte FC.

The American took a lucky deflection and turned it into Chelsea’s only goal on the half-hour mark, securing the USMNT star a fine evening deployed as a No. 10.

Christian Lattanzio engineered a positive home performance to make life difficult for the likes of Raheem Sterling and Kai Havertz.

“We were good for 80 meters of the pitch, but were not good enough in the final 20 meters,” said Chelsea manager Thomas Tuchel after the match.

“Today is on us, they showed courage and belief, man-marking us one-on-one.

With the final kick of the game, 16-year-old Charlotte FC academy product Brian Romero won a penalty via a Trevoh Chalobah handball.

That saw Daniel Rios strike from the spot and level the scoreline at 1-1.

In these showcase friendlies, a “winner” is required, meaning the game went to a shootout.

All five Charlotte FC penalty takers scored, and goalkeeper Pablo Sisniega – the third keeper used by Charlotte in the match

– saved a miserable Panenka attempt from Connor Gallagher that proved the difference.

Chelsea now head to Orlando, FL to face Arsenal in the club’s final tune-up of the summer.