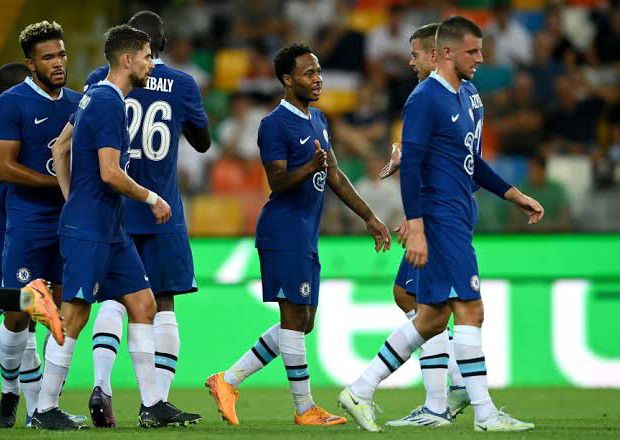 Chelsea facing injury crisis as they are welcoming Arsenal to stanford bridge today.

The Blues new Manager Graham Potter will have to find a way to compete against Mikel Arteta’s side, who are currently top of the Premier League table.

Ben Chilwell will have a scan on a hamstring tear on Friday afternoon after coming off in the final minute of the 2-1 win over Dinamo Zagreb in midweek, and he will certainly miss out with his World Cup participation in serious doubt.

“He feels okay but is obviously aware of the injury and we need to let the swelling settle down and hence the delay with the scan.”

“We’ll know more after that.

“I wouldn’t say he fears the worst but we all saw the nature of the injury.

I can’t say it looks positive but until we get the scan it’s difficult to say.

Reece James and Wesley Fofana are out and continue their rehabilitation programmes in Dubai in their bid to overcome longer-term knee injuries.

N’Golo Kante has had surgery to correct a serious hamstring issue and will be on the sidelines for at least three more months.

Kepa Arrizabalaga will also be out until club football resumes at the end of December, meaning Edouard Mendy will start in goal against the Gunners.

“He has plantar fasciitis on the bottom of his foot. I don’t think he will play before the World Cup.”

The Blues are boosted by the return of Mateo Kovacic who was left out of the recent Champions League win due to tightness in his calf.

Chelsea opted for a 3-4-3 formation under Potter against Manchester United and it could guide their starting line up for Sunday.

It would mean all their fit defenders start after Kalidou Koulibaly returned three days ago, while Pierre-Emerick Aubameyang is likely to face his former club.