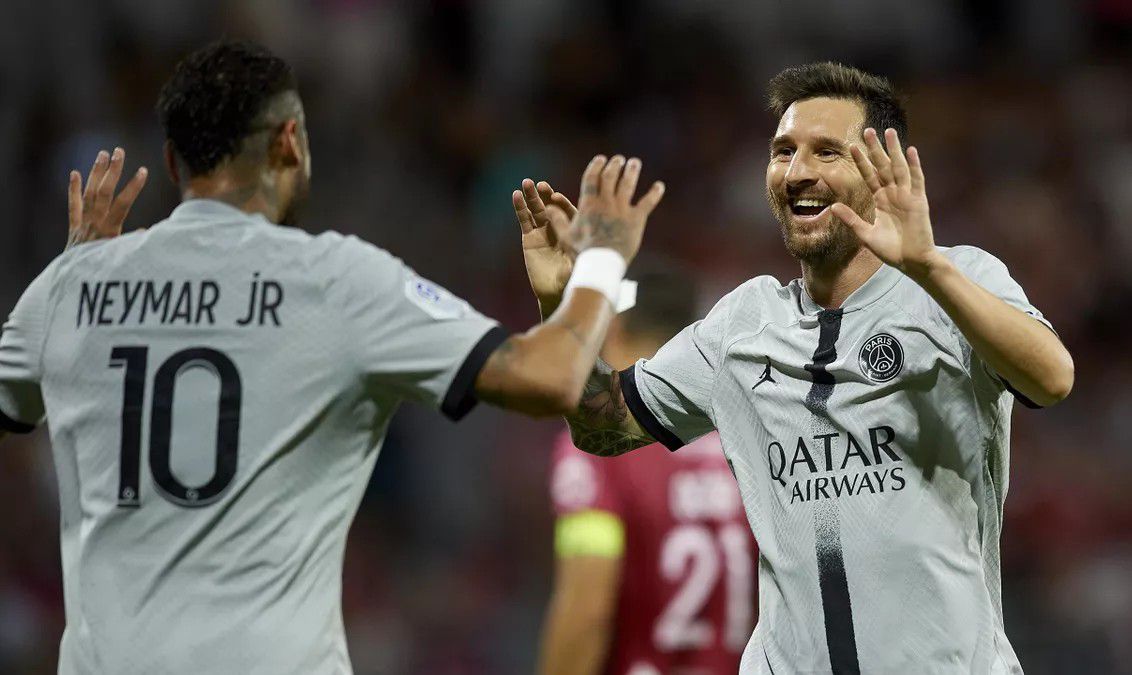 Paris Saint-Germain got their title defence off to the ideal start as they thrashed Clermont Foot 5-0 at Stade Gabriel-Monpied in the opening Ligue 1 matchday.

Les Parisiens, fresh off the back of their convincing 4-0 Trophee des Champions victory

a side they scored ten goals against in two outings last season, as they found an early lead in the 9th minute.

Pablo Sarabia’s low cross from deep towards the edge of the area was deftly flicked on by Leo Messi back to the path of Neymar behind him,

and the Brazilian found the bottom corner with a fantastic first-time strike to put his side ahead.

PSG doubled their advantage just before the half hour mark, as Achraf Hakimi rounded off a clinical counter attack with a powerful finish into the roof of the net from inside the area.

After having a direct involvement in the first two goals, Neymar registered his second assist of the night as PSG scored their third in the 38th minute.

The forward whipped in a free-kick into the area with pace from the left-hand side,

which Marquinhos met with a thumping header past Clermont goalkeeper Mory Diaw to put the result well and truly beyond Les Lanciers.

Leo Messi added two more goals late on for the visitors – with the latter a superb overhead kick – to well and truly complete the rout.

The victory takes Christophe Galtier’s side to the top of the Ligue 1 table.

PSG are in action again next Saturday, as they take on Montpellier at the Parc des Princes.