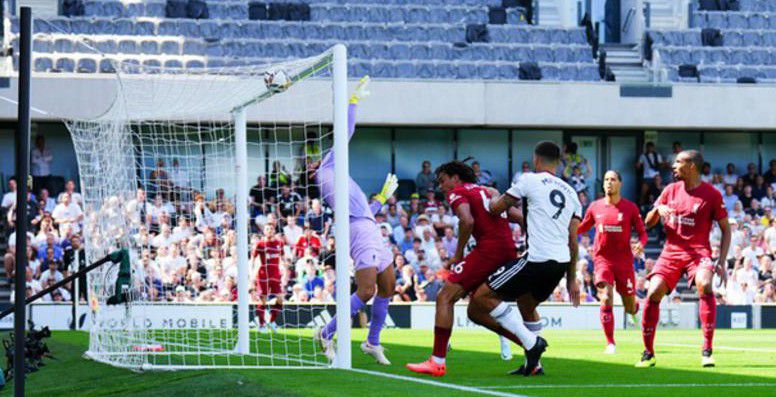 Darwin Nunez came off the bench to score one and create another as Liverpool twice came from behind to salvage a point in a gripping game at newly-promoted Fulham.

The Reds, who pushed champions Manchester City all the way in the title race last season, fell behind when Aleksandar Mitrovic got the better of Trent Alexander-Arnold to head Fulham ahead after meeting a superb cross by Kenny Tete.

Luis Diaz had a goal ruled out for offside at 0-0 before curling a shot against the post after Fulham had taken the lead.

In a thrilling match, substitute Nunez marked his Premier League debut by equalising with a close-range flick before Fulham restored the lead from the penalty spot after Mitrovic was fouled by Virgil van Dijk.

Mitrovic picked himself up to beat Alisson from the spot before Mohamed Salah equalised from close range after a pass by Nunez, a £64m signing from Benfica.