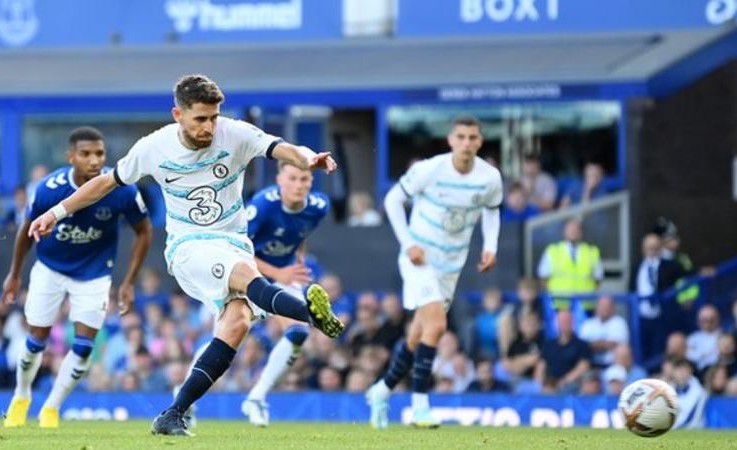 Chelsea opened the Premier League season with victory over Everton as Jorginho’s penalty decided a scrappy contest at Goodison Park.

Everton, without a recognised striker following the sale of Richarlison and injury to Dominic Calvert-Lewin, battled gamely but were woefully short of quality and threat in attack.

Manager Frank Lampard’s cause was not helped by a serious early injury to defender Ben Godfrey, who was taken off on a stretcher

following a challenge on Kai Havertz, with Yerry Mina another casualty in the second half.

Chelsea survived in relative comfort and were able to give a debut to new signing Marc Cucurella,

the defender signed from Brighton in a deal that could eventually by worth £62m, as they made it a winning start.