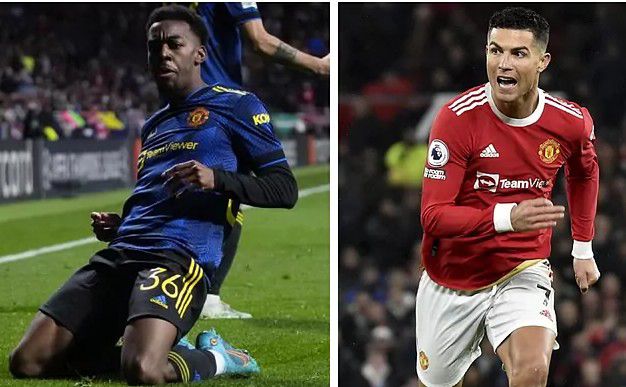 Anthony Elanga said Cristiano Ronaldo is a good person to have at the team, as he’s influenced him on and off the pitch.

Elanga, who has had a breakthrough season for United, has played alongside Ronaldo on several occasions this season and feels fortunate to play with the Portuguese captain.

“It’s really good to have Ronaldo as a mentor because I go to training quite early and see him there.”

“If we have had a game the day before, we speak about the game or training.

“He’s a really good person to have around the building,

If we [young players] need any help we can speak to him. So he’s a really good person to be around.”

Anthony Elanga joined United from Malmo at the age of 12, and has made 28 first-team appearances for the Red Devils this season.

Despite United’s inconsistency and failure to compete for silverware, Elanga believes he’s improved simply by working with more experienced players.

“Everything starts on the training pitch.”

“Looking at what the oldest players do and taking notes from them.

Training with them day-in, day-out, helps me a lot.

When I’m in the game, I like to talk to the older lads to get advice.”