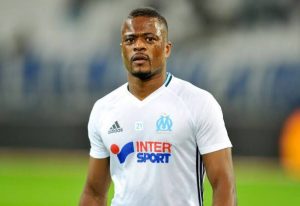 Former Manchester United left back Patrice Evra has claimed there are at least two gay footballers at each club in the world.

There are currently no openly gay players in the Premier League,

but efforts have been to make English football more inclusive through the Rainbow Laces campaign.

The Frenchman who played for Manchester United and Juventus among others, has revealed his own eye-opening experiences during his playing career.

“When I was in England, they brought someone to talk to the team about homosexuality.”

“Some of my colleagues said, ‘It is against my religion, if there is a homosexual in this locker room, let him leave the club’ and other comments.

“At that time, I said, ‘Shut up’. I played with players who were gay.

Face to face, they opened up with me because they are afraid to speak otherwise.

“There are at least two players per club who are gay.

But in the world of football, if you say so, it’s over.”

Evra’s comments come just days after gay Australian footballer Josh Cavallo called out homophobic abuse which was aimed at him during an A-League match on Saturday.

“He is an educated guy and I like him,”

“But, I have the feeling that he is hiding something.

When I hear him speak, I feel like I’m listening to a political representative and not a footballer.

“I hope that on the pitch he thinks about the team and not his personal goals, because the star is the team, not a single player.”