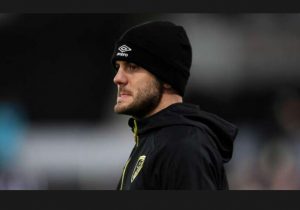 Jack Wilshere has made it clears that “nothing is happening” in his search for a new club.
Wilshere signed on a short-term deal with Championship side Bournemouth in January, and made 17 appearances for the Cherries in 2020-21.

After leaving Bournemouth in June, however, the 29-year-old has admitted he’s had trouble finding a new home as the 2021-22 season gets underway.

“I’ve actually had a good pre-season. I’ve been training with a club just to keep myself fit. I’m in a good place, physically. I’m 29,” Wilshere told sportdaylight.

“I’m waiting for the right opportunity to come up, to be honest. But, having said that, nothing has come up at the minute and there’s nothing happening.

“I’m just waiting. I don’t really know how long I can wait, I don’t really want to wait as long as I did last time when I left West Ham in the summer, and then I didn’t get a club until January when I went to Bournemouth.

“I don’t really want to wait that long [again]. So, hopefully, something will happen sooner rather than later.”

Wilshere marked himself as one of England’s top young players early in his career at Arsenal, as he was named the PFA Young Player of the Year in 2010–11.

He would go on to make his England debut in 2010 at age 18, becoming the 10th-youngest player to ever play for the Three Lions at the time.

Though he dazzled on the pitch with the Gunners, Wilshere’s injury issues became more of a concern with every passing year.
Wilshere made 35 Premier League appearances in 2010-11 but since then, he has only surpassed 14 league appearances in two seasons.