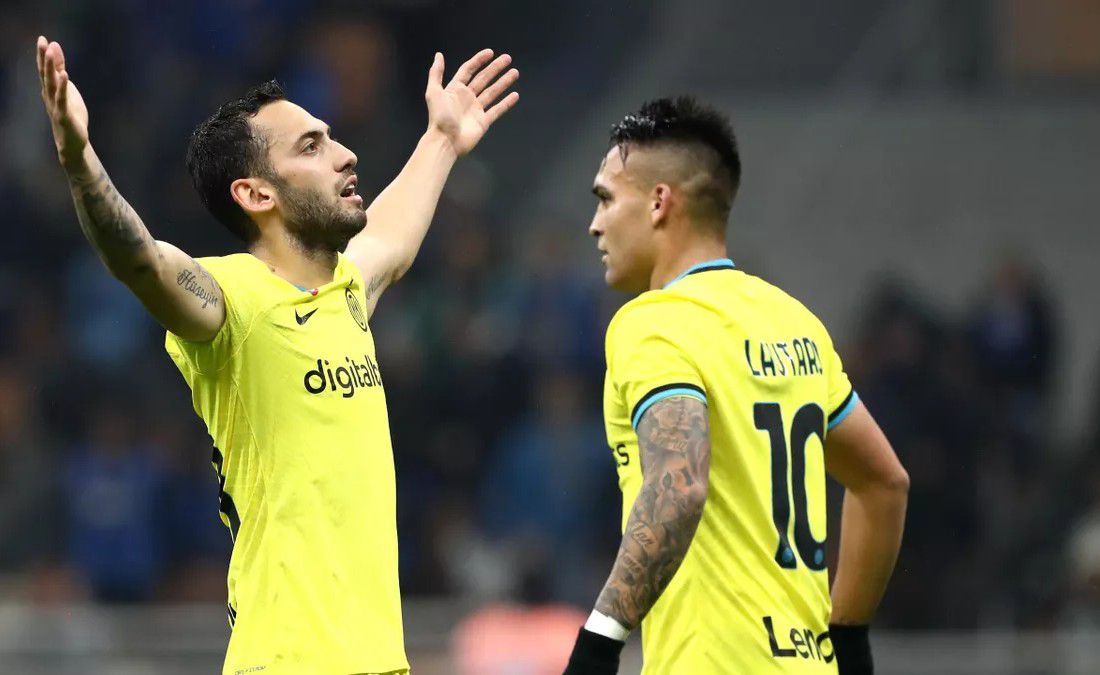 Ruthless Inter hit Bologna for six in a 6-1 win to jump into fourth place in Serie A.

It was a very stop-start affair in the early exchanges with no real quality or chances.

Bologna went ahead somewhat against the run of play with what was a strange goal.

Riccardo Orsolini fired a shot which was initially going well wide of the target, it ricocheted off Charalampos Lykogiannis, wrong footed André Onana and hit the back of the net to put the away side 1-0 up.

Going 1-0 down is often what what sparks a side into life and tonight was no different, it was exactly what Inter needed to wake up and get themselves into the game.

Just four minutes after going 1-0 down, a completely unmarked Edin Dzeko put his side on level terms with a fantastic volley.

Inter continued to press and probe and in the 36th minute, Federico Dimarco put his side ahead with a great free-kick, powering home low and into the corner.

Just six minutes later Inter again benefited from a set piece goal, this time to go 3-1 up. Hakan Calhanoglu put in a superb near post corner which Lautaro Martinez glanced into the back of the net.

A poor goal to concede from a Bologna perspective, with some shoddy marking in the box leaving Martinez free.

The second half was more of the same for Inter.