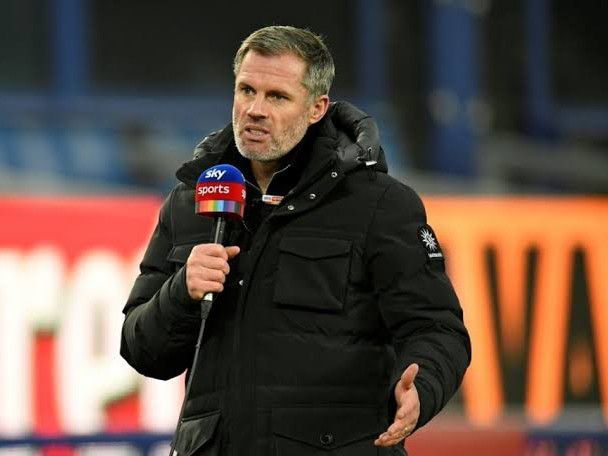 A slow start to the Premier League season continued for Liverpool at Old Trafford as goals from Jadon Sancho and Marcus Rashford secured the home side their first win under Erik ten Hag.

Liverpool now have just two points from their opening three games and are already seven points behind early front-runners Arsenal.

Of particular concern for Klopp will be an injury-hit midfield and a seemingly fragile defence, who were again uncharacteristically sloppy.

Though praising Manchester United for a much-needed, much-improved performance,

Carragher believed that his former club “did not look ready” for the encounter.

“Liverpool were absolutely shocking defensively. They were not at the races at all.”

“Every time United went forward in that first half they looked like they were going to score.
“It was embarrassing. Liverpool were all over the place.

“United were outstanding, but Liverpool weren’t ready for a derby game.

They didn’t look ready for the game and that will worry Jurgen Klopp right now.

“Manchester United got a lot of criticism for their defending at Brentford and Liverpool should be getting exactly the same treatment after this.”

Liverpool began the season by coming from behind to secure a draw against Fulham, and also failed to secure victory against Crystal Palace.

Casemiro, newly-signed from Real Madrid, unveiled to supporters ahead of kick-off., as well as a fan protest before the game.

Former Manchester United right-back Gary Neville admitted that he was surprised about the quality of the performance, but stressed that it cannot be a “one-off”.

“I’m really proud as a Manchester United fan watching these players and I never thought I’d say that after the past few weeks.”

“The fight, spirit and energy from Manchester United was brilliant.

I’m absolutely stunned, I didn’t think that was possible. I couldn’t believe what I was watching in those first 45 minutes.

I didn’t think Manchester United were capable. This is a massive turnaround.

“I don’t know what’s happened this week on the training ground, but they’ve responded.

I don’t know what it is but I cannot believe what I have witnessed.

They outran Liverpool, they outsprinted Liverpool.

“That can’t be a one-off. That’s the standard they’ve now set, we’ve all seen the work ethic.

They ran a lot more than they have done previously and played some good football along the way.

“The crowd were cheering after two or three minutes because of tackles and effort, not because of goals but because of challenges.

“They were under massive pressure those United players, so to respond to last week was a big moment for Ten Hag and the club.”