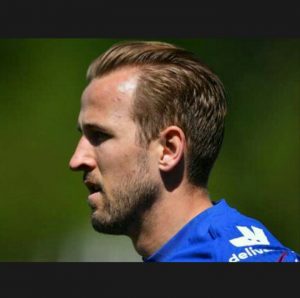 The England international was expected to make a switch to the Etihad, but it could be that he faces Pep Guardiola’s side on Sunday
Tottenham boss Nuno Espirito Santo claims that Harry Kane will be ready to face Manchester City in the clubs’ Premier League opener.
Kane, of course, reportedly wants to leave Spurs and has been heavily linked with a move to Sunday’s opponents, with Pep Guardiola himself admitting that City are interested in the striker.

Nuno, meanwhile, has given fans in north London a glimmer of hope, stating that he hopes to “solve” the situation.
Will Kane play against Man City?
It certainly appears that Kane will at least be available for selection, with Nuno telling Sky Sports: “All the players in the squad that work on a daily basis will be options for us, then it’s up to us to decide.”

Kane’s alleged snubbing of Tottenham’s pre-season was recently rubbished by the man himself, insisting that his return on Saturday, which was later than other Spurs players, was planned.

Nuno refused to be drawn on the situation, instead preferring to focus on getting on sitting down with his star man to talk things through.

“It’s not about that,” he said of the timing of Kane’s return. “It’s about what we have to do to solve the situation – this is important.

“First of all we have to speak. This is going to happen today (Monday) and after that, we hope to solve all situations.

What is Man City’s stance?
As mentioned, Guardiola has admitted that City are keen on bringing Kane to the Etihad, but made it clear that it depends on whether Tottenham are willing to sit down and negotiate.

“He’s a player for Tottenham. If they don’t want to negotiate, it’s finished,” he said.

“If they are open to negotiate, I think not just Man City but many clubs in the world want to sign him – we are not an exception – but it depends on Tottenham.
“It’s different from Jack [Grealish]. He had a release clause and he is different.

“Harry Kane is an exceptional, extraordinary striker – no doubts about that, of course we are interested – but he is a Tottenham player and if they don’t want to negotiate there is nothing more to say. If they want to, we will try.”