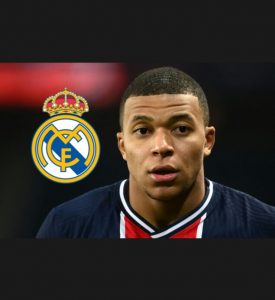 Toni Kroos “would not be surprised” if Kylian Mbappe ends up at Real Madrid this summer, with the Blancos continuing to be heavily linked with the Paris Saint-Germain contract rebel.

Mbappe has entered the final year of his current deal in France and has offered no indication that an extension will be agreed.

That situation is keeping La Liga heavyweights interested with Madrid having made Mbappe a top target for some time, and Kroos thinks a deal could be done before the next deadline.

Discussing the long-running transfer saga with SportBild, Kroos said of Mbappe: “I prefer to talk about signings that have already been completed, but since Real always want the best, I would not be surprised.

“Next to him, [Erling] Haaland is definitely the most interesting player on the market, and therefore [would] not exactly [be] cheap. We must not forget that we are in a period where there’s not an endless flow of money and, at the same time, we are completing our stadium, [which] is not free either.”

Who have Real Madrid signed this summer?

Madrid have been relatively quiet in the current window, with no transfer fees paid.

Much of the focus in Madrid has been on outgoings, as Sergio Ramos and Raphael Varane have headed through the exits, but David Alaba has been signed as a free agent.

The versatile Austrian is considered to be quite a coup for Carlo Ancelotti’s side, with Kroos expecting big things from a man he previously played alongside at Bayern Munich.

The German midfielder added: “I knew relatively early that Alaba would come, not from David but from Real Madrid.

“As for what he brings, I see it like this: with Ramos and Varane, we have lost what has been our pair of central defenders for the last eight years. Just counting Ramos, he has made more than 600 appearances, scored more than 100 goals and won 22 titles.

“Consequently, he and Varane also did not play for free. If you want to replace those players at a similar level, then it costs. Also, Real Madrid received a transfer fee for Varane, but did not pay anything for Alaba. You have to take everything into account.”