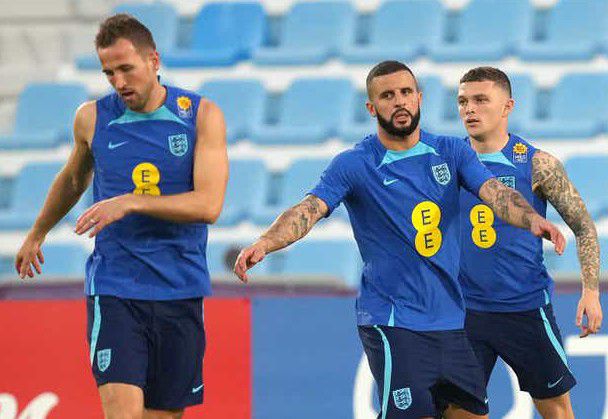 The Manchester City defender is bidding to prove his fitness ahead of next Monday’s Group B opener against Iran and trained with the rest of the squad at the at Al Wakrah Sports complex on Wednesday.

The 32-year-old has not played for City since October 2 but could now conceivably be available to face Iran.

Kalvin Phillips was also involved in the session as England had all 26 players available at their training base in Qatar.

Assistant manager Steve Holland delivered a team talk ahead of the session which took place in front of over 100 media representatives.

Harry Kane led the squad out for a warm-up before they completed shooting drills in small goals with the traditional call to prayer echoing in the background.

James Maddison is the first player lined up to speak from the Middle East after his surprise inclusion in Southgate’s squad.