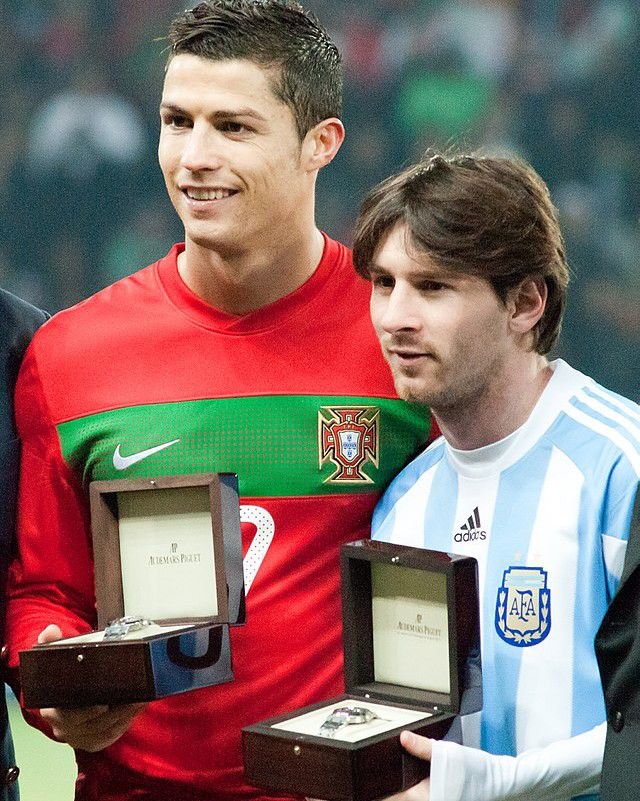 Argentina captain Lionel Messi said on Thursday that the 2022 World Cup in Qatar will “surely” be the last of his career. Probably Cristiano Ronaldo last World Cup as well.

Messi, who is due to appear in his fifth World Cup, made his international debut in 2005 and has since won 164 caps for Argentina and is the country’s all-time record scorer with 90 goals.

Portugal captain Cristiano Ronaldo, who has been named the best player in the world five times, will arrive in Qatar with a mission to prove that he can still make a difference.

Ronaldo and Messi won’t just form part of Qatar 2022’s ‘Five Club’ of players who have played in the most World Cups, but also have other new records in their sights.

Cristiano Ronaldo netted against Iran 16 years ago and has scored in every tournament since, with seven goals.

Ronaldo is just two off the nine netted by ‘black panther’ Eusebio, who bagged them all in England 66.

Most games as captain:

The 11 captaincies of Ronaldo give him a chance of beating Maradona and Marquez if they reach the final.

Ronaldo debuted as captain in his second tournament, South Africa 2010.

Leo Messi has a day’s advantage on him, but Portugal play their group games two days after Argentina…

If Argentina reach the final and Messi plays in each game, he will have played in more World Cup games than any other player in history.

Messi has 12. Argentina would have to reach the final with a perfect record for him to beat this one.

He’s already the only player to give assists in four World Cups (five total), and he can raise the bar further.

Most games as captain:

It was Maradona who made Messi second captain and when Mascherano did not play against Greece in 2010, he took the armband.

Ronaldo netted on June 17 2006, while Messi scored against Serbia a day earlier.

The pair have been favoured by the move to winter for the tournament.

First Argentine to score in four:

With six goals, Messi is two behind Maradona and four off Batistuta as the top scorer for Argentina at the tournament.