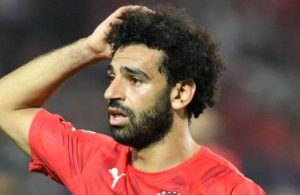 The Reds are refusing to release Mohamed Salah for 2022 World Cup qualification duty,

the Egyptian Football Federation has revealed, with the Reds superstar set to sit out upcoming meetings with Angola and Gabon.

The Pharaohs are due to be in first and second round qualifying action in September,

but their talismanic figure will not form part of their plans.

That is because Premier League heavyweights are following advice regarding the spread of coronavirus,

while also being reluctant to see Salah forced into quarantine once he returns to Britain from international duty.

A  statement released by the Egyptian FA reads:

“The Egyptian Football Association continues its continuous contacts regarding the task of international players joining their national teams to participate in the World Cup qualifiers,

which requires exempting them from travel restrictions imposed on them in the countries in which they play due to the coronavirus pandemic.

“The Egyptian Football Association has received a letter from Liverpool FC apologising for the unavailability of its player,

Mohamed Salah, to join the national team in its next camp, which includes facing Angola in Cairo and Gabon in Franceville during the first and second rounds of the African continent’s qualifiers for the World Cup.

“The English club’s letter referred to the precautionary measures applied in England to confront the outbreak of the coronavirus in the world,

which puts returnees from some countries in compulsory health isolation for a period of ten days upon their return to England.

“In this letter, the English club also expressed its hope that the Egyptian Federation would understand that it was forced to do so,

in the face of the player being subjected to a quarantine for this period and being affected by this physically, as well as the uncertainty of the conditions determined by English authorities.

“It is noteworthy that Liverpool FC took the same position with a number of its foreign players.”

Also Read: Willian Is Close To Arsenal Exist Door As He Hopes To Back To His Native Country

Have Liverpool blocked Salah before?

This is not the first time that Liverpool have prevented Salah from linking up with his country, with the Egyptian FA left disappointed by a decision from Anfield not to release the 29-year-old for Olympic duty.

The Reds were however eager to ensure they had a star man fully rested and recharged ahead of the 2021-22 Premier League season,

which they have opened with back-to-back wins.

They also saw Salah contract Covid-19 during a previous visit to his homeland in November 2020, when he attended his brother’s wedding.

For now, Liverpool’s priority when it comes to Salah is getting him tied to a new deal, while they are also hoping to see him reach 100 Premier League goals – he currently sits on 98.

What is Liverpool’s stance?

Liverpool are eager to point out that they would be willing to let Salah play Gabon on September 5, as that will take place in a country that is not on Britain’s red list.

The Reds are however making it clear to all of their international stars that they will not release anyone who would be forced to quarantine once returning to England.

If isolation rules were to be relaxed or removed altogether, then players would be freed to link up with their respective nations.

Alisson, Fabinho and Roberto Firmino would also fall into this issue, as Brazil is another red list country and they have World Cup qualifiers there.

This is not viewed by those on Merseyside as a club vs country row, but as more of a difficult diplomatic situation that impacts both parties.

Liverpool would like a solution to be found, as they have no desire to prevent players from adding to their cap hauls, but government rules need to be revised as a starting point.