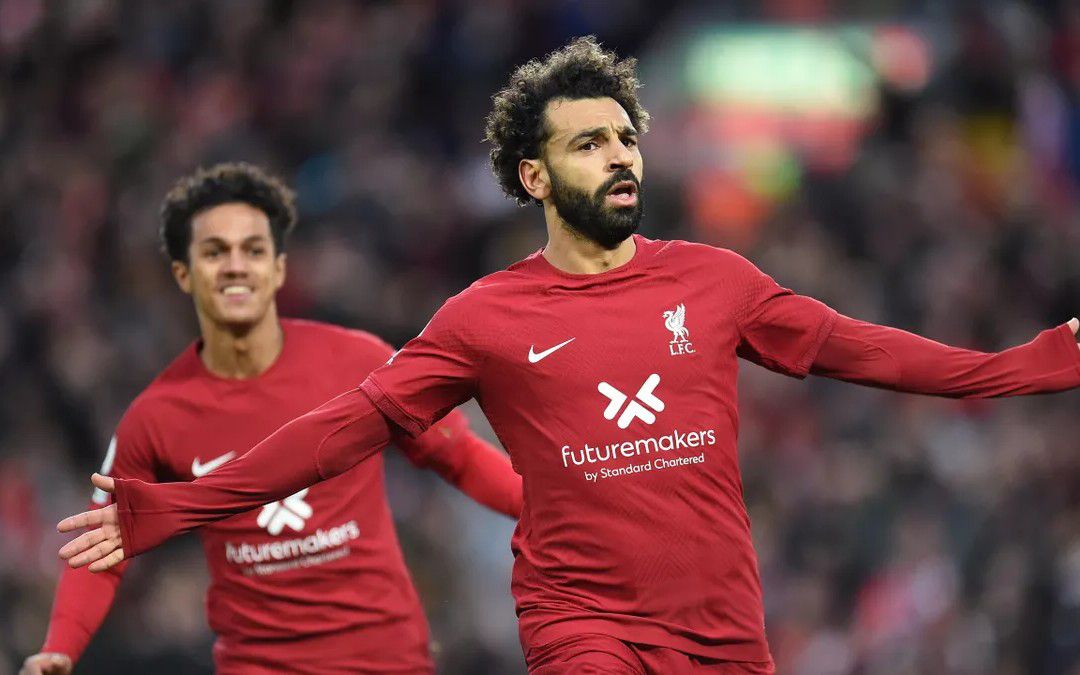 Manchester City lost ground on Arsenal at the top of the Premier League as they fell to a 1-0 defeat against a revitalised Liverpool at Anfield.

In one of the most thrilling games we’ve seen for some time, both sides had chances to break the deadlock, and Mohamed Salah’s 76th-minute chip was the goal that stole it.

The biggest talking point of the game was Phil Foden’s goal that was chalked off by VAR,

with an Erling Haaland foul on Fabinho the reason why.

Pep Guardiola was left furious with the decision as City continued to push forwards,

but they didn’t take their other chances in a game where their star Norwegian was kept quiet by a strong Liverpool defence.

On 15 and 33 minutes, Haaland had his first sightings of goal, the first seeing his left-footed

effort charged down well by Joe Gomez, and the second a tame header into the gloves of Ederson after a delicious Kevin de Bruyne cross.

After the break, Salah was denied by an excellent Ederson save after he was sent through by a sumptuous Roberto Firmino

through pass, but two minutes later, Foden would have the ball in the net as City had what they thought was an invaluable break-through.

De Bruyne slid Haaland in, and the Norwegian beat the onrushing Alisson to it as he stabbed it on for Foden, with the left-winger slamming home via Gomez, only for VAR to come to the hosts’ rescue.

But it was the Egyptian King who was the man of the moment: beating Ederson at the second attempt with quarter of an hour to play.

He capitalised on an excellent Alisson pick out after a poor de Bruyne free kick, and the covering Joao Cancelo misjudged the flight of the ball, allowing the right-winger a run in on goal, which he duly took.

City falter, as Liverpool rebuild slowly. A massive win for them, as they clamber back into the top half of the table, looking to kick on now.