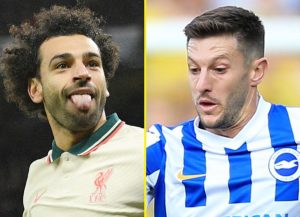 Liverpool are enjoying a stunning run of form at the moment and will look to keep it going when they host Brighton this weekend.

Now Brighton, who have enjoyed a fine season so far as well, will head to Anfield looking to keep the Egyptian King quiet.

The Seagulls do have a good recent record against Liverpool having taken four points off them last season including a 1-0 win on Merseyside.

Naby Keita is set to be available for the visit of Brighton after being forced off during the 5-0 victory over Manchester United last week.

Thiago Alcantara is also closing in on a return to action following a calf problem.

However Fabinho continues to miss out with a troublesome knee injury and joins James Milner and Harvey Elliott on the sidelines.

It remains to be seen is Sadio Mane will return to the starting line-up having been dropped to the bench at Old Trafford.

Brighton will be without Dan Burn following a knee injury picked up during the Carabao Cup clash with Leicester midweek.

“I am not sure if you saw Brighton v City. It looks from scoreline it’s a clear win but two goals counter-attacks, possession, it was 52-48.

Brighton play football, a real threat, try to create and defend well. Not scored a lot but don’t concede a lot.

“To keep the ball and pass the ball the way they did v City is an incredible thing.

But we’re not City. We lose the game here v Brighton but the difference is Anfield will be packed to help.

We have to be really good and we need people with the right understanding.

“We have to bring ourselves to the game as best we can and be ourselves.

Try and learn from the game, be competitive, try and win. But ultimately enjoy the challenge of facing the best.”