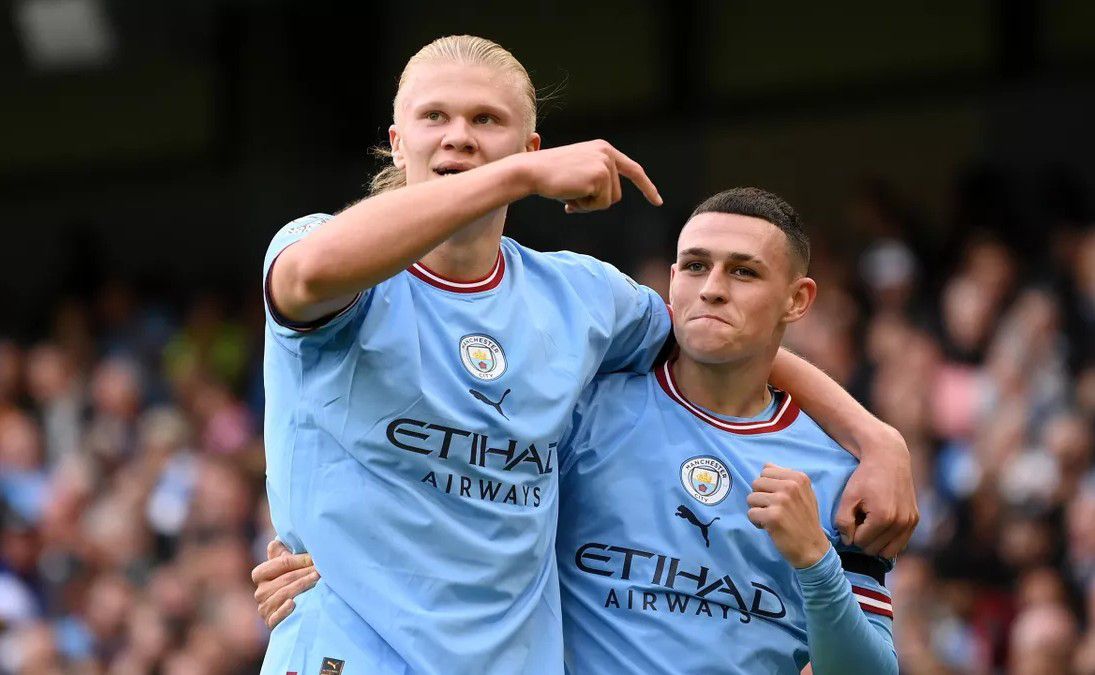 Phil Foden’s three goals and a dominant display from Kevin de Bruyne were the other highlights of a whirlwind encounter.

A first-half flurry killed off a nervy United as Pep Guardiola taught Erik ten Hag a stern lesson on his Manchester derby debut.

Foden opened the scoring with the match just eight minutes old, sweeping home a Bernardo Silva pull-back as City forced the issue down

the flanks, terrorising Diogo Dalot and Tyrell Malacia, both booked in the early exchanges.

A trademark de Bruyne burst through the heart of the United midfield saw a petrified defensive line drop deeper and deeper, allowing the

Belgian to play a beautifully clipped pass beyond Raphael Varane, with the Norwegian peeling off the Frenchman at the far post,

taking David de Gea by surprise at his near post.

Foden was back on the goal-scoring act on 43 minutes as Haaland turned provider, fed by another de Bruyne drive through the gears as the number nine drifted leftwards to kill the game off.

Ten Hag reacted with a half-time switch, replacing Malacia with Luke Shaw, and the left-back offered more thrust down that side as United looked to ease their embarrassment.