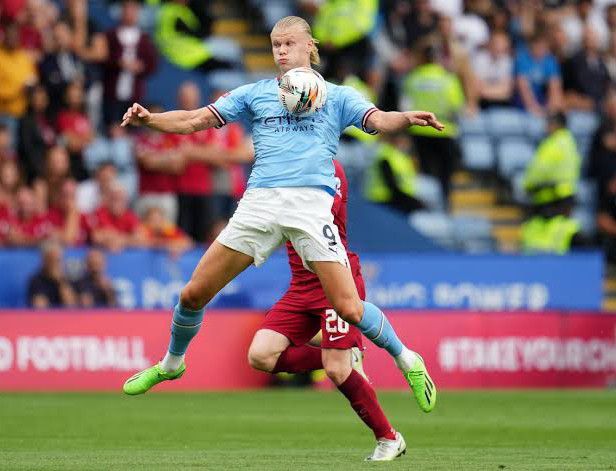 Manchester City will face Liverpool on Thursday evening, as the English powerhouses lock horns in the fourth round of the Carabao Cup.

While not suffering from any confirmed injuries, the Guardiola admitted ahead of the game that his players who missed the World Cup are “missing a bit”.

A clean bill of health for the return of domestic action puts the eight- time winners in good shape to qualify for the Carabao Cup quarter-finals and knock out the holders in the process.

World Cup stars continue to drift back to the Spaniard’s squad but Julian Alvarez will miss the fourth-round tie having featured for Argentina in Sunday’s final.

Guardiola has confirmed a week off for the striker.

It remains to be seen if those that played in the knockouts, such as Phil Foden, Bernardo Silva and Ederson will be available for City.

On Saturday, Kevin De Bruyne and Ilkay Gundogan both started a 2-0 friendly win over Girona.

That line-up featured Haaland and Mahrez plus a number of youngsters. Guardiola could once again turn to the likes of Cole Palmer, Rico Lewis and Shea Charles for the meeting with Liverpool.