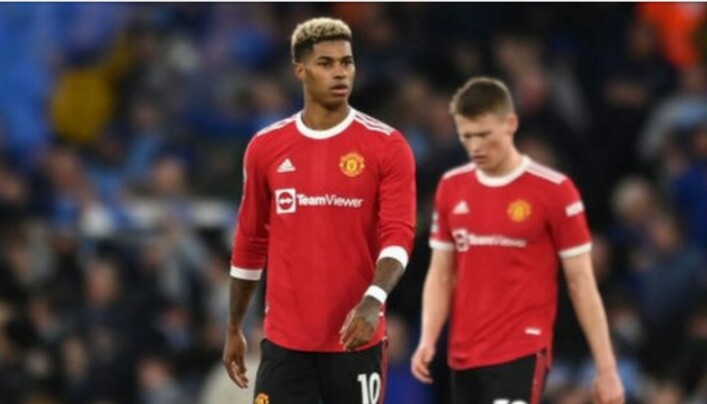 Manchester United players will not return to training before the start of the March international break after being granted time off to rest away from the club in the wake of disappointing Champions League elimination this week.

The red devil’s were narrowly beaten 1-0 by Atletico Madrid at Old Trafford on Tuesday night, sealing a 2-1 aggregate win for the Spanish champions.

Ralf Rangnick’s team lacked bite and were again stung at the back, leaving tensions high between supporters and players.

Heckling after the game even saw Marcus Rashford momentarily lose his cool and turn to confront dissenting fans in the stadium car park.

In recent weeks, Manchester United have exited the Champions League, the FA Cup and fallen away in the hunt for a top four Premier League finish.

Fresh questions are being asked regarding the suitability of this squad to challenge for major honours,

and the scale of the task in front of whoever the new manager may be.

Due to their FA Cup elimination and only rearranged Premier League fixtures scheduled this weekend,

Manchester United are not back in action now until 2 April.

That means a gap of more than two weeks between club games for these players, many of whom will soon link up with their national teams.

Any self-reflection will, for the time being, be down to players as individuals.

The Athletic have reported that the decision has been made to grant them time off,

until the international break officially begins at the start of next week – essentially a mid-season holiday to rest and recover.

United players won’t be reporting to training for the remainder of this week and it is even said that Rangnick himself is not expected to be at Carrington over the next few days either.

Those relative few who have not been called up for international duty will likely resume training after the weekend,

with others who will be in action for their respective countries in friendlies or World Cup qualifiers afforded considerable time away from the club.