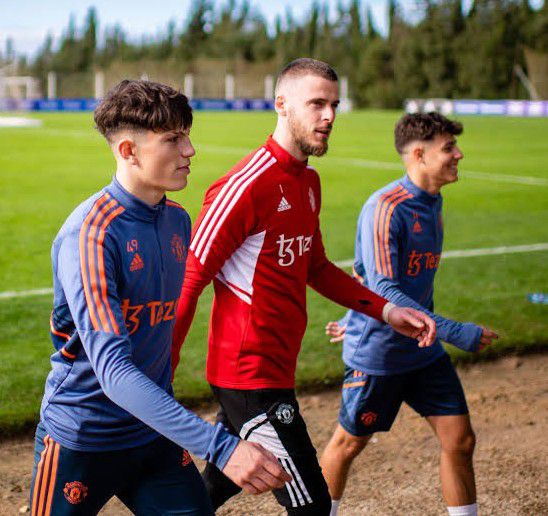 Manchester United set to face Cadiz today in a friendly Match as Erik ten Hag has a fairly inexperienced squad from which to choose.

Red Devil’s are heading on a mid-season tour to Spain, first taking on Cadiz on December 7 (7pm GMT kick off), before playing another LaLiga outfit in Real Betis on December 10.

Ten Hag could well field an incredibly youthful United starting XI for the clash, given the likes of Bruno Fernandes, Marcus Rashford, Harry Maguire and others are away at the World Cup.

Ten Hag has taken a 29-man squad to Andalusia, with talented youngsters like Zidane Iqbal and Alejandro Garnacho likely to take centre stage.

They could both start at Estadio Nuevo Mirandilla, with Teden Mengi set to start at centre-back given the participation of Maguire,

Senior heads David de Gea, Victor Lindelof and Anthony Martial would all benefit from minutes on the pitch,

as would the likes of Donny van de Beek and Anthony Elanga, who have found game time difficult to come by in the Premier League this season.