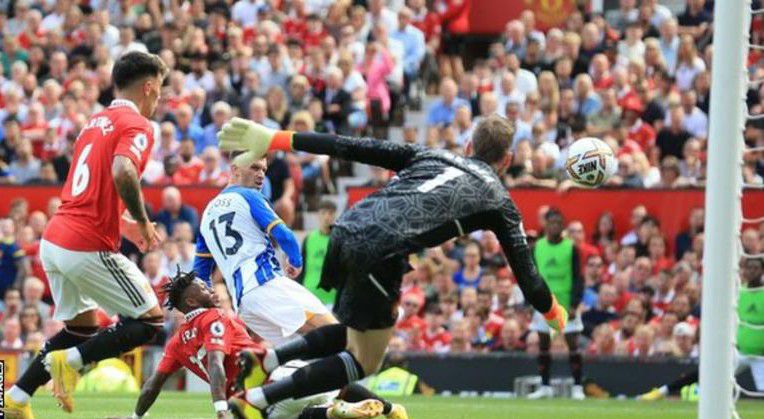 Erik ten Hag endured a nightmare first competitive game in charge of Manchester United as they lost at home to Brighton in their opening Premier League match of the season.

New signings Christian Eriksen and Lisandro Martinez started for the hosts, with Cristiano Ronaldo – their top scorer last season – on the bench.

But there were familiar problems for United as they were punished for a lethargic start when Pascal Gross fired in from Danny Welbeck’s dangerous ball.

It got worse for United when Gross found the target again before half-time, firing in from close range after David de Gea parried Solly March’s shot.

United, who were better in the second half, got a lifeline when Alexis Mac Allister turned into his own net as he attempted to keep the ball out after it bounced off Diogo Dalot’s back.

Brighton had to withstand some heavy pressure but managed to hold firm and secure a first win at Old Trafford.