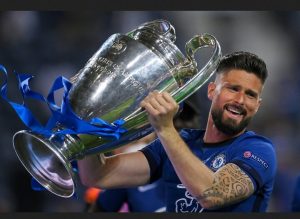 Former Arsenal striker, who scored 39 goals in 119 appearance for the Blues, won the Champions League, Europa League and an FA Cup during his three-and-a-half-year spell at Stamford Bridge revealed he ‘found it harder’ to leave Chelsea than Arsenal

With Timo Werner and Kai Havertz often selected ahead of him, and he was subsequently sold to AC Milan for a £3.6million during the summer. 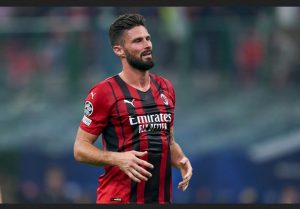 The World Cup winner had a bright start to life in Italy, scoring two goals in his opening five appearances but COVID-19 and injury has since scuppered his progress.

“[I spent] three seasons-and-a-half there [at Chelsea],”

“I had an amazing time at Arsenal but [at Chelsea] I can say even more because I won the big titles.

“It was emotionally difficult to leave when I left Montpellier and Arsenal.

But, even more tough [at Chelsea] because I didn’t play the last three months so it was evidence for me to leave and go for another challenge.

“I felt frustrated a little bit to not play the last three months because I contributed well to the Champions League success by finishing top scorer for the team.

“But what can I say? We were so successful and I am so pleased with the FA Cup, Europa League and Champions League. I scored a few important goals. 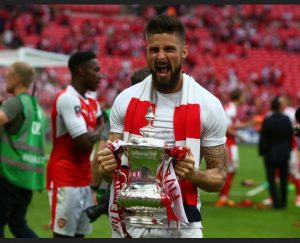 “It was tough to leave Chelsea and the Premier League but at the end of the day I think it was the best solution for me.”

Giroud admits he is pleased with how he has begun his new chapter in Serie A.

And he is hoping he can return from a back injury this weekend following the international break.

After his bright start to life in Italy, the Frenchman only managed five appearances before being sidelined, but is now nearing full fitness.

“I started the season very well, I made a good pre-season with goals.”

“My first game at the San Siro I scored a brace. I feel very good but after that I’ve been stopped in my good run because of COVID.

“I think started too early from COVID because I then got a back injury, something I’ve never had before.

“I felt a bit upset as the back is so important and you can’t do anything without the back.

“Now I start to get better and am training with the team so now hopefully I’ll be pain free and hopefully I’m in the squad for the weekend.”