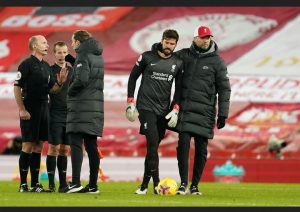 New Watford boss Claudio Ranieri will look to capitalise on Liverpool’s injury crisis when he faces the Reds in his first match in charge.

The Italian is back in the Premier League for a third time.

After stints at Chelsea and Leicester with the task of keeping the Hornets in the top-flight.

Former champions Liverpool will provide a tough test for Ranieri in his first outing at Vicarage.

But the 69-year-old can take hope from Jurgen Klopp’s last visit to Watford which finished in a 3-0 defeat and ended his side’s 13 month unbeaten run.

Ranieri has a few injury concerns from Watford’s defeat to Leeds United before he was hired as he picks his first eleven in charge.

Joshua King is still set for another week in the treatment room, with Francisco Sierralta a little further away after the game at Elland Road.

The pair were both withdrawn from their international squads but Christian Kabasele is expected to be out for longer.

Watford’s triple injury problem led them to signing free agent Nicolas Nkoulou – who could make his debut against Liverpool in defence. 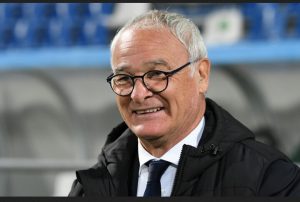 The Reds face being without six players, including long-term absentee Harvey Elliott, as they return to action after the international break.

Alisson and Fabinho are almost certain to miss Saturday’s early kick-off with Brazil’s World Cup qualifier at home to Uruguay on Thursday evening.

The pair are set to avoid a UK quarantine by travelling back to Liverpool from Brazil via Spain in order to play Atletico Madrid next week.

Doubts still remain over the fitness of Trent Alexander-Arnold and Thiago who were both carrying knocks that had them sidelined before the break.

But Curtis Jones overcame a muscle complaint on England U23 duty. 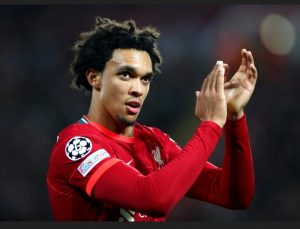 “It’s not easy because the next match is Liverpool – one of the best teams in Europe,”

“Of course I have to work quickly, try to do my best, and also [make sure] my players understand me very soon.

“I hope to give them [the fans] a very good show.

They know we play against Liverpool and we need their support from the first to the last second of the match.

“Against every team there are specific moments where we are under pressure.”