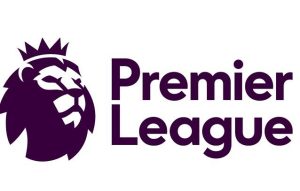 Here are the matchday 19 PL prediction by the betting guru ‘Jones’ wins for Arsenal, Man City, Tottenham and West Ham on Boxing day

Manchester City have won their last eight matches, scoring 24 goals in the process but I get the impression there is another few gears for them to work through.

It’s scary. And explains why they are now 1/3 favourites to win the Premier League title despite talk of this being one of the most exciting title races of the last few years.

This fixture goes against the grain usually for Manchester City and Leicester fixtures where cards are concerned.

Both clubs rank low for yellow cards over the past five seasons, but when they face off at the Etihad Stadium, their styles turn the game into a card frenzy.

Since the start of the 2016/17 season, Man City vs Leicester at the Etihad has produced an average of 4.8 cards per 90 minutes.

Only City vs Liverpool has a higher average when it comes to games City have played at home (three meetings minimum).

When you add in referee Chris Kavanagh’s liking for a card, this game should see plenty of action in that regard.

In 12 games this season across the Premier League and Sky Bet Championship, referee Kavanagh is averaging 4.3 yellow cards per 90 minutes.

Tottenham’s performance in the 2-2 draw with Liverpool was a further piece of evidence that a top-four charge is on the cards this season with Antonio Conte at the helm.

In a short space of time, he has made them incredibly more efficient in both boxes. That should make them too strong for Palace, who have won just one of their last six Premier League games.

Referee Jon Moss isn’t one for reaching into his pocket.

He’s only awarded 21 yellow cards in 10 Premier League matches this season and six of those came in his last fixture between Manchester City and Wolves.

I can see the argument for low cards in this fixture. Tottenham are defending deeper under Conte meaning they are a very hard team to construct counter-attacks against.

And, counters and cards go hand-in-hand.

Palace may fall foul up against the Spurs counters but on the whole, this should be a game played in a controlled manner.

In 10 of Moss’ last 13 Premier League matches, the game has produced under 40 booking points and I’d be surprised if this one is any different.

Norwich have failed to score against Chelsea, Manchester City, Liverpool, Manchester United, Tottenha and Arsenal this season, losing all of those matches to nil.

There’s no need to overcomplicate matters for this fixture, so backing another win to nil for Arsenal.

Since the Ben White, Gabriel and Aaron Ramsdale axis was formed, Arsenal haven’t conceded a goal before the 38th minute in those 14 fixtures.

It’s providing Mikel Arteta with a fantastic platform to work with and results are going their way.

Arsenal’s record under Arteta against relegation-threatened teams also should instil plenty of confidence in a comfortable Arsenal away day win without conceding.

The Gunners beat all the relegated teams away from home without conceding last season to an aggregate score of 8-0 and have already seen off Burnley, Newcastle, Watford and Norwich while keeping clean sheets this season.

West Ham have only won one of their last six Premier League games, that was against Chelsea, taking five points from 18 available.

There has been a slightly worrying drop in their attacking numbers but it’s not enough for me to lose faith in David Moyes‘ side. I’m happy to back a home win.

Joao Cancelo and Jonjo Shelvey have taught me a lesson in the last week, to keep the faith with big-priced goalscorer fancies that are firing lots of shots on target from outside the box.

After making the case for Cancelo and Shelvey to score from outside the box at relevant points in the past month, both went and did just that, with Shelvey scoring vs Liverpool at 50/1 and Cancelo finally opening his account for the season vs Newcastle at 16/1.

That gives me confidence that Declan Rice’s price for a goal from outside the box remains an angle to keep on nibbling at.

He’s fired six shots on target in his last nine fixtures and was on free-kick duties in the defeat at Tottenham in midweek.

There was a goal from outside the box in the win at Aston Villa and he went close with an off-target attempt in the draw with Burnley.

Quotes of 25/1 for him to score from outside the box are just too good to pass up.

Read Also: Why 2021 Was The Best Year Of Karim Benzema’s Career So Far

Chelsea were three points clear of Liverpool and four points ahead of Manchester City after 12 Premier League games at the end of November.

They now trail leaders City by six points and Liverpool by three.

The west Londoners have gone from 15/8 shots for the title all the way out to 12/1 with Sky Bet.

Such is the relentless pace of the top-two, you simply can’t afford to go through a spell of winning just three out of eight games like Chelsea have.

In the blink of an eye, the title has probably slipped out of their grasp. I’m happy to back Villa to get a result in this one, too.

Thomas Tuchel has found it hard to stop Villa in their three meetings since he took charge, winning just one of the three games, including suffering a defeat on the last day of last season.

Tuchel’s side are usually very hard to create chances against but Villa have managed a whopping 34 shots in those three fixtures which provides me with confidence to go looking for a bet in the Villa player shots market.

My lucky pin has fallen on Matty Cash to record a shot at a very appealing 10/11 with Sky Bet.

Steven Gerrard has played a very narrow midfield since taking charge with the width being supplied by the full-backs.

In his six appearances under Gerrard, Cash has fired six shots and had 20 touches in the opposition box, showcasing his freedom to join attacks.

In his exclusive chat with Sky Sports’ Gerard Brand, which you can read here, the full-back said: “As a full-back I want to get in high attacking positions, like a winger, and get as many crosses in and assists as I can, and goals too.”

In the last four seasons, Dunk has missed 11 Premier League games for Brighton and they’ve only won one of those matches.

Incredibly, that was the 3-2 win over Manchester City last season.

Despite that odd result, the numbers suggest Brentford will fancy their chances of putting goalkeeper Robert Sanchez, who looks a weak link for Brighton, under significant pressure when given the chance.

I’m expecting Brighton to comfortably win the corner race, so I’m happy to take the 11/8 on Brighton with a -2 handicap in that particular market, meaning we’ll win as long as Graham Potter’s men win three or more corners than their opponents.

I’m yet to be anywhere near convinced Eddie Howe has the magic formula to keep Newcastle in the Premier League.

They are 6/5 to stay up with Sky Bet if you disagree.

Their problem remains an inability to keep clean sheets which stems from being far too brittle when being put under pressure in matches.

In his seven games so far, Howe has made very little impact on Newcastle’s defensive shortcomings.

That is likely to continue in this game and for the remainder of the season with this squad.

In contrast to Howe at Newcastle, Manchester United’s new interim manager Ralf Rangnick has been able to make an immediate impact on results since his November appointment, winning both his Premier League games 1-0.

Newcastle have also played three times since we last saw Rangnick’s United in action, so the visitors should be far fresher.

The quotes of 4/9 for an away win look fair enough to me – but a better bet is found in the Newcastle corner count market.

Since Howe arrived, the Toon’s more adventurous attacking approach can be seen through the amount of corners being won.

In matches against Brentford (8), Burnley (10) and Leicester (6) they have soared past their allocated lines set by Sky Bet and even to win three against Manchester City was another sign of good intent.

Early signs are from Rangnick’s United is that they will offer space down the flanks to oppositions teams and that is seen by their corner conceded count against Norwich (9) and Crystal Palace (6).

Yes, it’s a small sample size but I’m happy to back that theory while prices remain in our favour. The 11/8 with Sky Bet for Newcastle to win five corners will do for me.